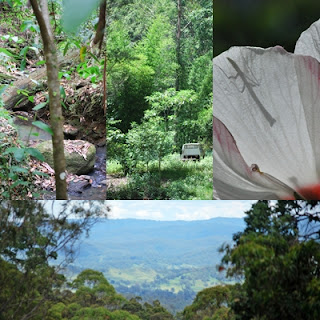 This post is going to be a little humbling to me; here I was trying to stay as disconnected as possible without being totally disconnected from my inner self so that I could experience human existence in its rawest form but ended up neglecting my connectedness too much. In doing this I inadvertently became too disconnected thus I started ignoring signs & feelings especially in regards to others.

It’s funny about things that seem negative at times they can always, in my view, have a positive effect if one is willing to see it as I will explain further.

Insensitive Traits: As mentioned in my last post my wife & I experienced a non-violent home invasion recently which has brought out a lot more stories of others going through similar experiences, some of them where utterly terrifying to the victim which incurred a certain amount of long term  psychological distress.  I was myself on the wrong side of the tracks when I was in my late teens at one stage, nothing hurtful just inappropriate luckily enough this didn’t include home invasion, coupled with working in the welfare arena twice over by my 49 yrs the darker side of life didn’t seem as terrifying as in how most people acted to it until our own home invasion.  It wasn’t just experiencing this for ourselves first hand that made me realise I was being insensitive but the horrifying stories that were being told to us afterword’s about what other victims suffered  & were still suffering long after the home invasion took place. There are draw backs in disconnecting.

Don’t get me wrong I wasn’t that insensitive that I didn’t feel remorse or compassion for these victims in the past in actual fact I was very supportive but I lacked the understanding of people who haven’t experienced the darker side of life or didn’t want to experience such a said life in anyway but was forced too.

Realties of time & space give us opposites & at times extreme opposites like with day & night, positive & negative, bad & good, darker & lighter, yin & yang within everything of time & space including boy & girl, male & female believe it or not., the question here is does everyone have to or even want to experience being a male & a female in one life, so why does anyone need to or want to experience both sides of the light & dark sides of life? To have an understanding of both polarities can be quite beneficial but is it a must or did we come here in the first place to experience such things?  Some of us did some of us didn’t or even had too to make a better existence for us all & ourselves.

My insensitivity to these people who no longer or want to in the first place experience such phenomena is quite noticeable, I was catering for those who wanted to or want to experience such things in life which comes down to living within a reality of time & space however these people who want to have little to do with the darker side of life shouldn’t prejudge or condemn those who accept the full extent of experiences in a reality of time & space because that is what these realties are all about. So is it wrong to want to just accept & live a life without the darker side of life thus giving us far less extremes?  No of course not but we must accept that we still live in a reality of time & space which give us apposing polarities at the time. 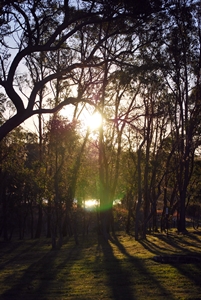 Living within the Shadow: The funniest thing is the people who live their life in the shadow of darkness like a druggy &/or home invader for instance are actually living within this darken reality or mode of thought because they don’t want to experience terror, they feel fear but not the same fear as their victims. Living within the shadow of darkness actually lessons the effects of terror because it’s a part of you, it’s your reality.  If we were all a part of this reality we wouldn’t feel as terrified because we would have an understanding of this existing reality first hand but if you are living or tying to live within the lighter side of this reality the terror of such opposite will affect you a lot more than someone on the darker side of life.  Coming from knowing & existing in both polarities I didn’t quite humanly understand what the people who have only lived in the lighter side of life were actually going through, they didn’t want to understand the other side of the coin or polarity nor do they have to or should have too.

In actual fact the people who have chosen to live within the shadow have far more fear within them than those who live in the hue of light, to feel this much terror & discomfort is too much for them so they have opted to dwell within the shadow to lesson this discomfort, this makes anyone who wants to build or create a reality of light within a reality of opposites quite courageous.  So what about people like me who accept & have lived within both realties/modes of thought, where do they go?  Where they want or feel more comfortable with or where they are needed. I know & understand, to a certain extent, of living within the shadow of darkness from personal experience but mostly through others, this has given me an insight into life within a reality of time & space of both polarities which isn’t that bad of a thing to have. Many people in this reality have experienced this.

Living in realties of different polarities isn’t easy as one is always trying to dominate the other which we have seen right through human history however if we could separate the light from the dark would this still be in a reality of time & space?  It would & the opposing polarities within these realities would be somewhat more subtle remembering they would only have one set mode of thought like darkness or light not both. Realties of light & dark still have differences but they are not opposing differences like with the different shades of light, they are a lot more subtle as they are of the same polarity.  Instead of having two completely different polarities within one reality like this one which have different shades of light & dark as well we would only have one polarity not two to contend with. Mixing these two opposing polarities together in one reality was obviously going to be chaotic nothing else which of course it was & is.

We haven’t got the right to change the core of this reality however we do have the right to change it’s attributes & ourselves for a more balanced harmonious existence, in actual fact if we changed various attributes that we want changed we would be doing both the light & dark realties & polarities a service, they would be both balanced within their own reality & mode of thought. You would probably think that the people who are actually of the dark not just living within the shade wouldn’t want to separate with the lighter shades of life as this causes more chaos but they do because there is always a threat that the light will swallow up or become completely dominant over the dark side. The people living within shade will have to choose which way they want to go, it comes down to souls choice. 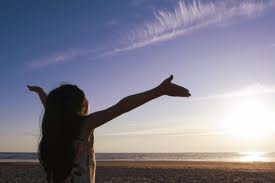 The creation of Time: The reality of no time or space is utterly blissful as it has no opposing polarities but at the same time it is everything so if it’s of everything it must be of opposing polarities as well?  The core of creation which is this reality of no time & space is the creator of everything but anything else outside the core is of its own creation. Within the core there is no time or space therefore no past or future & if there is no time or future we have no differences in polarity only in realities of time & space does it seem we have polarities but in actual fact we don’t. So does this mean everything of time & space is an illusion? If we were living within the core yes but where not as we are living within a reality of time & space itself which is self-creative but only within realties of time & space. You can’t have time creating no time but you can have no time creating time also you can’t live within the core as an individual which also includes souls so this means only in soul/physical form can these realities of time exist but the paradox is if it vibrates it exists. Time & space only exist because we do or more to the point our souls as only through the soul can time & space exist, the creative core can only consciously exist through us, we are the cores consciousness, now that’s special.

How can no time create time when there is no time to create within the core?  The creative core itself is of no time but to experience itself & it’s knowing it created souls which desired physical realities to further its experiences of its knowing which inadvertently created time, we or our souls created time directly but the creative core created it indirectly through consciousness expanding into physical realities of time & space through souls. If the creative core wasn’t conscious how did it know of its knowing to create souls? Every intelligent living thing has instinct, could you imagine being the creative core & all of a sudden realising instinctively that everything that you know exists is you, of course you’re going to want to instinctively experience yourself & the best way to do this was obviously through souls which are parts of the creative core itself.

So in all what the people of the light want to do is create another reality of just light which will take the understanding of the creative core & its influences which will help us create this newer reality, the reality of dark will just be created through this separation process.  We just don’t need to become reconnected with the creative core but to understand what it is to create a better existence & hopefully I have done that with my recent posts.
Posted by Mathew Naismith at 09:12 No comments: