Deep Within Our Consciousness 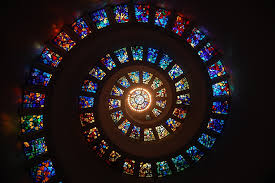 Reference is made to BD and RD in the following. According to my friend I am presently in interaction with, BD and RD is referred to as below.

RD = God is the creator of the universe, as used by Christians and Hindus.
BD = “God is the spirit” as mentioned in the Bible and Samkhya (Vedas).
What you need to do xxxxxxx is go to a yogi, shaman or alike and ask to experience a timeless state and then come back to me. I can guarantee that your stance on freewill and God would have changed, of course you have to have the will to do this to start with. If you have written that freewill doesn't exist, point blank, this is unlikely to occur and understandably so.

If you can prove the existence of any kind of God form in and through time, it is not truly a God form, for a true representation of God doesn't exist within a finite existence, only a perception of. You say you have proof of a BD God exists and that an RD God doesn't exist, I am going to suggest this is false. This is like saying that I can prove that water exists in the same exact space as extreme heat, or that light is as present within the darkness as darkness is. How about proving that a mountain is a flat plane!! To me, anyone who has unequivocal proof that a God exists within time, a materiel state based on the finite, I have to dismiss as being a human perceived falsity.

Everything is written, meaning, that all scenarios that can be experienced is preordained, this doesn't mean freewill doesn't exist. Through the perception of time and a consciousness predominantly conditioned to and by time, freewill seems to not exist. This is like God doesn't seem to exist for a lot of people and understandably so. However, once our consciousness is conditioned to timelessness, the infinite, God and freewill perceived to exist, even though God or freewill can't be proven to exist in time, the finite, but only perceived.

"There are many videos that say our technology came from the UFO-ETs."

Videos based on a consciousness conditioned to time, the finite, not the infinite xxxxxxx. As you have said yourself, it is all already written, this means everything is preordained way before the creation of aliens or of any form based on time. Our intelligence, awareness, wisdom, knowledge, technology, etc, comes from a source way before any forms creation, as you stated yourself, it is already written.  This makes no sense, as you say, our technology comes from aliens, while everything is preordained thus giving us no freewill!! You are obviously still not going deep enough, beyond the conditioning of time, this is too obvious xxxxxxx.

As I have stated before, get back to me once you have conditioned your consciousness to the infinite, while at the same time desisting in predominantly focusing on time based consciousness and existence.  You have proven to me many times this is exactly what you are doing xxxxxxx.

My patience with you xxxxxxx is unquestionable is it not?

Posted by Mathew Naismith at 08:48 No comments:

Going Beyond Time Based Perceptions 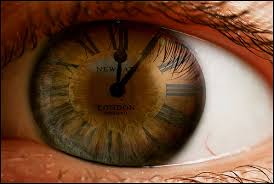 I would prefer 5% honest truth, a truth in the absence of bias, to 100% truth based primarily on bias and desires. This is the big difference between you and me. Another big difference is that natural law to me isn't based on 100% pure only. There are deep sea fish that will deceptively lure their pray to their death. As of bias and desire that naturally creates human deception, so it is of creatures of nature. It is as natural to be of deception as it is to be of truth. The laws of oneness don't deceptively separate one from the other, just because one is desired to be 100% pure and the other not.

What you seem to be totally ignoring is a state of timelessness, where all of what is, is only in the present. Reason is only effective in time, not timelessness xxxxxxxx, therefore there is freewill, the will to choose which scenario one will experience, however, no matter what the scenario is, it is already written as the Koran points to.

We exist in different worlds, but worlds not disconnected from or in opposition to each other, we really need to leave it at that xxxxxxxx.

It comes down to this xxxxxxxx, you have to be aware of when to move on from a discussion and when to continue a discussion.

You are not getting it xxxxxxxx, either not willing to get it or unable to become aware of where I am coming from. Yogis, shamans and alike are able to become apart of any environment, either that be of a past, present or future. When everything is of the present, destiny has no influence upon you, but you have an influence upon destiny, however, when you are influenced by all the laws you mention, destiny influences you. The laws you so often refer to limit consciousness to certain variables, however, a consciousness not governed by time therefore destiny is of infinite variables.

"Can you give me an example of an action that is based on my freewill at any moment? An example like: I want coffee or tea now, do I have freewill? Do I have a choice?"

You still want me to produce material examples based, not just primarily on time but purely on time!!  Forget about time, destiny, past and future and all the so-called natural laws xxxxxxxx, and then come back to me. All that you are referring to time and time again is a consciousness purely based on time. Unless you can make reference to a consciousness beyond time based realities, this discussion is only a one sided discussion, as it always has been. I am actually showing you a great deal of patience, more than you could imagine. No yogi or shaman would continually become involved in a one sided discussion like this, especially with the same person over and over again on the exact same topics.

Do you have any idea how frustrating it is when after how long you still want me to produce examples purely based on time? I am either failing you or you are failing yourself, failing to go beyond time based reality!! As I stated before, once you can perceive past time based realities, come back to me, not before xxxxxxxx.

Posted by Mathew Naismith at 09:06 No comments: 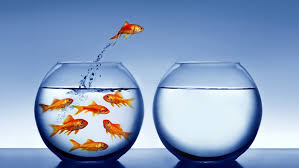 Two fundamentally different states of consciousness, not one. One consciousness driven by ego (motion), the other by egoless (motionless) but all the same, still of consciousness. You cannot define that there is no free will by deriving at this fact while only considering one type of consciousness, a consciousness of motion (soul) as opposed to motionless, a consciousness in the absence of a soul to start with.
"They find that what we take to be a sense of an omnipresent “I” is simply consciousness itself. There is no separate experiencer; there is simply a quality of being, a sense of presence, an awareness that is always there whatever our experience. They conclude that what we experience to be an independent self is a construct in the mind—very real in its appearance but of no intrinsic substance. It, like the choices it appears to make, is a consequence of processes in the brain. It has no free will of its own."
There is no separate experiencer which gives us the perception there is no free will, however, when many consciousnesses become one, which creates a state of motionlessness, free will is evident. You probably need to experience this to know this. This is like giving birth, how many blokes exactly know what it is like giving birth? When you have not yourself experienced a motionless state, you will of course never know or even want to know that this state is of free will.
"Free will and determinism are no longer paradoxical in the sense of being mutually exclusive. Both are correct, depending upon the consciousness from which they are considered. The paradox only appears when we consider both sides from the same state of consciousness, i.e, the everyday waking state."
"I remember hearing a statement Maharishi Mahesh Yogi said something like: ” We can choose whatever we like, eg plant an orange seed or an apple seed, but once the choice is made, the result is already determined by that choice”. This to me resolved the paradox and made both sides compatible as you suggested."
Source: https://www.scienceandnonduality.com/the-paradox-of-free-will/

Posted by Mathew Naismith at 08:38 No comments:

Yes, I Am Still Present 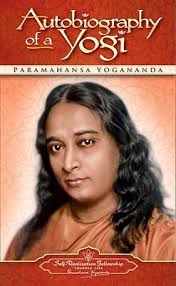 "In relation to God, if God was to be proven to exist without a doubt, God to me still wouldn't exist even when it does. Why? Because when you are one with this God, this yogic consciousness, what then makes a God?

Each reality literally has infinite possibilities of non-free will but our souls can experience any possibility of any reality at any time. Is my own soul is of a determined outcome to do this? It would seem so at first but once you realise everything is of one consciousness, what I experience, all experience. It is like astral travelling, we all astral travel, it's just our minds can't remember doing this because our human minds are not conditioned to astral travelling. Just because our human minds are unable to see that we have free will, doesn't make it so but the process of thinking this makes us believe we have no free will. We have free will but we don't at the same time.

As for yogic consciousness, it exists but it doesn’t!! In certain states, existence has no bearing nor existence but in other states it does. I know for a fact I am not just living for myself as an individual, many other souls are also living my life. One mind, many souls.

Are you correct that a consciousness of existence has no real free will? Yes, but free will exists outside of existence. Can I give an example of this while of existence? No…….

One more thing, can yogic consciousness create something like the universe, consciousness and souls? In my mind yes. I think for souls that only know of existence, calling this consciousness a God is feasible and plausible.

It is good you are still getting interest here in your work Subhendu."

"What is consciousness of freewill?"

"Consciousness cannot exist without a noun, which is a soul."

Actually, the existence of freewill or not is highly irrelevant to the egoless self, but of course to the ego self it's everything!! It is like arguing what is truly right and wrong, truth and lies, negative and positive, black and white, it has no relevance to a true yogi/God consciousness Subhendu.

Posted by Mathew Naismith at 17:33 No comments: