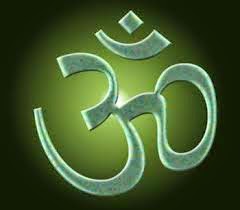 I’m going to try to put the following into perspective straight up, try to realise this is only my perspective  and shouldn’t be taken to heart.

This is basically stating that we can produce a heaven or hell on Earth or both simultaneously.  The following was my replies to certain other threads in relation to religion, spirituality, judgement and misjudgements but mainly to do if religion is viable or not, you might be a little surprised.

"it is also a handy tool to control the masses"

I was just talking about this with a self-proclaimed atheist recently who believes in an afterlife, western religion in particular seems to be based on fear, this of course is to control the masses, can we just judge this as a bad thing though?

I think it’s a very good thing to control the masses if the masses are ignorant or unaware of their true nature for only in ignorance can we destroy. This kind of control based on fear stopped the masses from destroying themselves, however, as the dark ages proved, it can be used to be very destructive as well.

What does ignorance give us, unbiased or bias judgment? It of course gives us bias judgment (misjudgements), if we were to continually misjudge, we would indeed destroy ourselves. Control over this misjudgement saved us from ourselves to some extent.

Now the quote I made up, “For only in ignorance can we destroy”, is quite definable in that ignorance creates misjudgements and destruction, in actual fact only in awareness will we not destroy.

Basically what I am saying is religion, based on fear, is for the ignorant only for the ignorant need to be controlled to save them from themselves, the aware no longer need religion to control them by fear. Why are so many people pulling away from religion? I think it’s because we are becoming more aware.

Separating religion from spirituality is very hard to do especially when so many spiritually aware people use eastern religion to form their spirituality. The big difference between religion and spirituality is one is based on fear and the other one isn't or shouldn't be.

Let's look at karma which is an eastern concept, it's fear based but not quite to the same extent as going to hell but it's still based on fear. Spirituality itself isn't based on fear even though we have taken on the concept of karma within spirituality; we have the awareness that we could have to redeem ourselves in the next life if we don't practice in dharma.

You could define karma as living in ignorance and dharma as living in awareness, would we accumulate karma if we were truly aware? The answer is of course no so dharma is certainly in my mind in reference to awareness.

Dharma is a religious concept practiced in Hinduism, Buddhism, Sikhism and Jainism, to practice in dharma is to be aware in my mind but of course you need to be aware to practice in dharma in the first place. What is one of the fundamental traits of dharma?  Unbiased judgment, this unbiased judgement quite automatically defuses (neutralises) bias judgments (misjudgements), in other words chaos and destruction.

You could also relate hell with karma and dharma with heaven; this to me wouldn’t be far from the truth, however not in the same context as when we die we go to hell. To me karma and dharma are saying heaven and hell can be created on Earth or even in the afterlife.

What I am saying is true spirituality is about dharma, an existence that is no longer based on fear but an awareness that no longer needs a fear based religion.

I should point out that defining people ignorant or aware is determined by observation, being the observer, not judgement, is it a bad or good thing to be ignorant? It’s neither of course; it’s just another way to exist and experience consciousness.
Posted by Mathew Naismith at 11:04 No comments: