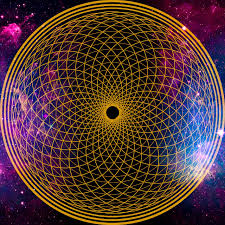 I do apologise before hand, this is a lengthy post, sorry.

"You can't ask too many questions!!"

You can Nesther however this may not seem the case for a consciousness conditioned to time. Time, the finite, separates consciousness into numerous parts, in the process creating many more questions than what is really necessary. Why does a consciousness conditioned to the infinite as well ask fewer questions? Because the infinite is far less of motion, like with people who experience deep meditative states, far less questions need to be asked. In certain cases, even before a question can be formulated, the answer materialises.

Motion naturally separates energy; now imagine a motionless state of consciousness? Not easy for most people to imagine or comprehend to start with.

Once you learn to quieten your mind from the intrusions created by time, the fewer questions you ask, but also the more answers you receive. I don't even have to ask a question in relation to my dream state, my dreams just tell me without asking questions. In saying this, while our environment is predominately influenced by the finite, the separation of energy, certain questions still need to be asked at times.

Can a master reshape form, the material reality, at will and with ease?

Can a mere multinational reshape the material reality at will and with ease?

Because the reality is conditioned to the finite, the material, it seems a lot easier for a multinational to reshape a material world. Often a master won't bother with reshaping a material world, for it is of other people's will to keep it as it is anyway.

I do believe that a true master can reshape any reality, however, only a material consciousness desires to do this, primarily for its own benefit. A true master sees no benefit in gaining or possessing anything from a material reality.

The question isn't if a master can reshape any reality, it is if the consciousness of a reality is ready to be reshaped!!

Freewill is of the infinite, so yes, we often use freewill for inner growth in a reality of the finite. This often gives us balance, balancing out the finite reality with an infinite reality or consciousness. No wonder we feel more harmonious and at home in this state.

Finite realities/consciousness are of starting and ending points of creation, limiting consciousnesses and realities to certain variables.

Infinite noun - The unlimited expanse in which everything is located

Finite noun - Finiteness; The quality of being finite

Viviane: True story as I knew the actual farmer.

A farmer told his farm worker to hold his ear to the tree while he raised an ax to a tree to strike it. The farm helper was amazed that he could here the tree suck in, like suck air in anticipation. To me, it is all to do with consciousness, even though trees may not be aware of their own existence like humans. The divine knowledge is the same.

Posted by Mathew Naismith at 08:24 No comments: