Can or Will all Conscious Energy become Measurable? 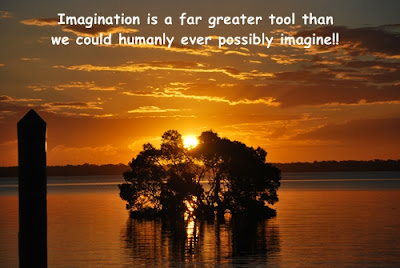 This is an interesting exchange between three people including myself on the discussion of atheism & spiritualism, it would seem Eric believes we will never be able to measure ethereal consciousness as I believe we will be able to one day because consciousness is energy & Paul, who is an atheists, doesn’t believe in any of it.

Note: There is a possibility of adding to this post latter on as the discussion continues about atheism & spirituality on LinkedIn.

Eric L Lundgaard • You are not hearing me yet Paul. Consciousness is not available to Science to study! It never will be and there is no role for Science when something can't be measured or find resolution. When you enjoy this understanding, you will see Science is impossible to explain what I am experience. Oh well, sorry you haven't had your own experiences!

G'day Eric
I'm not so sure science won't be able to measure consciousness itself or certain aspects of it in the future Eric but of course as always I could be wrong.

At present there is no way however science can only evolve through consciousness connectedness & as science evolves further it will & is realising there is more ways to make deductive analysis than through a narrow minded modes of thought such as logic alone.

As science becomes more connected it will changed quite dramatically like it has in the last hundred years & if you look at it so has the awareness in spirituality, it's all connected. Everything is spiritual & therefore will expand in awareness together I believe but maybe I'm just wishful thinking. If we looked at the middle east for example, when spirituality expanded so did science soon after & when science became second fiddle spirituality took a turn towards fanaticism which of course like the dark ages for Europe stifled any scientific progress.

Becoming more connected to the universal consciousness means further developments in all areas of existence as it's all spiritual, well to me anyway.

Eric L Lundgaard • Etheric Consciousness does not exist Mathew. It can't be measured or understood. It is part of all of us.

G’day Eric
I have an understanding that consciousness is an energy form & that any energy form can be measured, maybe not now but maybe in the far future if the human species is still around of course!!

I believe any thought you perceive can in fact exist however not in the way we perceive existence to be like for example a thousand years ago we perceived existence quite differently than what we do today. Thought is energy so if you thought of etheric consciousness it exists therefore is energy & can be measured I believe. No one thought that enters our mind isn’t of consciousness, every thought is & has always been, there is nothing new except the experiences of such collective thoughts.

We as humans can’t fathom ethereal consciousness because we lack the conscious awareness to do so, so of course it’s not going to seem to exist but I believe it does because like I said if you thought of it it exists.

So this would mean a pink donkey with a human head exists? Yes but not in the way we perceive existence to be & of course it doesn’t have to be of a physical nature to exist either. There are soul entities that pretty much live as we do who have no physicality but still exist & in actual fact this is more natural & normal as such than physical existence as we know it.  Is our awareness of physical existence really physical to other existences? I’ve got a funny feeling not as the interpretation of physicality is different from different awareness levels & existences.

I didn’t know exactly what ethereal consciousness was so I read a little about this from the links below.

We could ask here, what makes something in our awareness of what is physical from consciousness, why don’t we all see & hear a pink donkey when everything we imagine exists?  It takes a collective thought or consciousness to create anything in physical form, individually imagining a pink donkey isn’t going to create such a physical animal as it takes a collective thought to do that. For an example, consumerist materialism is real & was created by a collective consciousness, for without the collective consciousness things like consumerist materialism couldn’t have been created as it would still be an imagination. For another example let’s take war, if we didn’t collectively create war within our imagination war would have never existed. As long as we are imagining war, consumerist materialism & anything else as a collective species they will continue to exist that is why so many are trying to change our modes of thought to love & understanding. If this could ever be accomplished this world will change quite dramatically but we must do it collectively.

People like Jesus & Buddha for example tried to do just this, by influencing the mass or the collective to think & imagine differently they were actually trying to get us to create a wholly new physical existence for ourselves that was far better than what we were going through at the time. A good question to ask here is, “can we be influenced by a few to imagine a particular physical outcome thus physical creation?” This is how wars start & systems of living like consumerist material are created, it’s basically brain washing the mass or the collective to create what a few want. We look at everything as being physically created but it take imagination & thought on mass to create anything physical, without imagination & thought of such images it just can’t possibly be created in physical form.

“Imagination is a far greater tool than we could humanly ever possibly imagine!! “….Love Mathew

Related link on the discussion of atheism & spiritualism below: