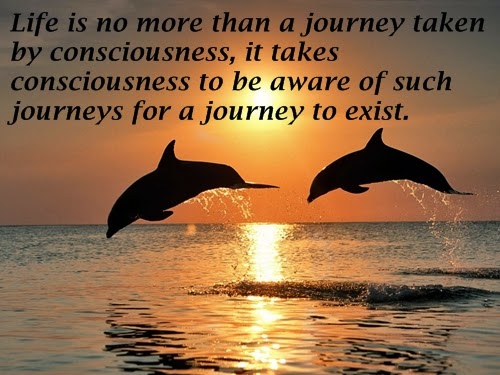 I thought of this quote while conducting myself on a humanitarian Google community.

This would all mean that if any form of consciousness wasn’t aware of the universe, the journey or evolution of the universe wouldn’t exist?  This sounds awfully lame and quite unbelievable.

Man’s creation = creates journey like cars, houses, roads, metals and so on, each creation is a journey of what is being created like a car for instance, it has a starting and ending point of existence very much like the universe.

The creative consciousness’s creation = creates journeys like the universe and everything within the universe.