Spirituality and the Present Moment 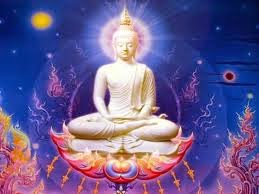 I think the following discussion is worth sharing, this is a brilliant bloke who has got me to become a little more aware than I was even of myself.  This is only part of the discussion about God’s consciousness, time and timelessness, fate and various other topics that we are discussing at present.   I hope you enjoy this bloke as much as I do.

You might disagree but I think the following is what you and I are doing, please feel free to reply.

Subhendu Reply
The video that you have referred to – http://learn.kabbalah.com/power-kabbalah-3
is very good. Everything he said is correct. I called it the simultaneity law in the first chapter on Truth.

However, there is one catch. He does not believe in destiny. We are all guided by a global destiny, described in the destiny chapter of my book. We do not have freewill.

Destiny comes automatically that he did not realize. When we are simultaneously, globally connected, we automatically lose our freedom. I cannot move, if I do then I will affect everybody else, because we are connected. There is a figure in chapter-1 describing this connection. German philosopher Nietzsche said the same thing. We are completely helpless. This is like our solar system. The earth cannot go anywhere, because it is globally connected with sun and other planets and the galaxy. The same is true for all of us.

There are trillions of stars in the sky, but not a single one can move. They all have souls. Same is true for all the seven billion people on earth. Sometimes this makes me think that there must be one god who controls all of us, who created this global plan. But that cannot be correct; there is no proof of such a concept.

My Reply
I look at past human history as being a must for us to evolve, if our history was different to what it was, we wouldn't evolve as we are, history is predestined but the future isn't until it becomes the past.  This might not make sense, how can the future not be predetermined within it’s fate but the past is?

In time this present moment of timelessness is fleeting, it’s over in a flash but in timelessness it’s always in the present , it’s never of the past or the future therefore in timeliness nothing is predetermined because there is no past or future.  This doesn’t seem to follow the laws of nature but it does.

Let’s look at the sun, it has a predetermined outcome like we all do, it’s fate has always been predetermined but what are we looking at here when we are looking at the sun, are we seeing it as just as a sun and not just an energy form ? When does the sun cease being an energy form of some kind?  It doesn’t but as an actual sun it does but only in time, the sun was never what we perceived it was in timelessness, it’s just pure conscious energy in timelessness, it has no destiny because it has no form until this energy become a part of time.

It’s how we look at everything that determines what we perceive.  The sun is just a sun to us, we only see it as a sun and not just an energy form so in this case the sun has a predetermined fate, this is in time. Now look at this in a different way, see the sun as just pure energy nothing else, it has no past and no future because you can’t destroy energy, you can change it but it’s still energy no matter what we change it too.  This is timelessness; this is reprograming our mentality to perceive differently to what we are conditions to think which is just in time.  Once we start changing our mentality to accept timeliness, we will realise nothing is really predetermined. In time it’s predetermined but not in timelessness, God’s consciousness.


Mat
Posted by Mathew Naismith at 12:36 No comments: