Primary Source And The Envelopment 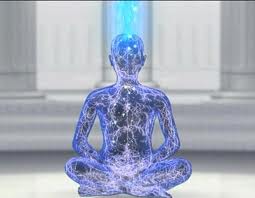 There are numerous people who have had numerous experiences that have gone beyond normal human existence. I've personally experienced very few experiences like this in my life but what I did experienced was quite compelling, the time I was attacked by nine entities was one of the most compelling moments in my spiritual life. At the time I had no idea in how compelling this experience was until latter in life.

Nine Entities: Being attacked by nine entities all at once was compelling within itself, the source behind this attack was very forceful and deliberate. If this wasn't compelling enough, I was protected by benign sources that only allowed one of the entities to face me face to face, one on one. At the point of facing this entity one on one, all I did was laugh and the entity dispersed as if in fear of me, of course their objective was to install fear in me, not the other way around.

What actually occurred at the point of my own laughter, is my primary existence expressed itself, of course the laughter was in relation to the ignorance of these entities. I should point out, I don't look at ignorance as something negative or bad in some way, in actuality ignorance used creatively and constructively, can create entire realities and universes. The reason for this stems from ignorance itself, an ignorance of our primary existence in any sense, causes motion to be observed and it's this observation of motion that creates everything the way it is. What occurs when a consciousness becomes too ignorant, is that this motion will create destructiveness, the more a consciousness becomes or expresses ignorance, the more destruction it naturally creates, and yes, it is natural. Ignorance will naturally and normally create destruction of expressed to an extreme.

You see, these entities wanted to destroy the awareness within me by replacing it with fear, of course in my case the opposite occurred. The reason for this occurrence stems primarily from their own fear within themselves, if they didn't have this fear within themselves to start with, laughing at them wouldn't have had an effect on them. The reason for this is that fear is linked to ignorance or an unawareness of our primary existence. My primary existence or truer self come forth void of fear because it is also  void of ignorance as is the same with all of us, everyone, including these entities, have a primary existence, this was the last thing these entities wanted to become aware of, thsi was obvious.

Their reality was created from the total ignorance of their primary existence, their truer self or being, they don't want their reality or existence threatened in any sense. How many people within this reality are fearful of having this reality threatened in any sense? Now imagine having your own personal reality threatened to the extent of total annulation, it's quite traumatising to say the least to even think of this. As soon as my primary self become known to them through my laughter, this immediately threatened their reality and even their very own existence. You see, ignorance cannot exist within an aware existence, this of course stands to reason, as soon as you become aware, you lesson your own ignorance. Awareness basically destroys ignorance, it's natural and expected that awareness will detract from the influence ignorance has upon us. I basically made these entities powerless towards me through my own lack of ignorance.

Envelopment: Indeed, we have enveloped ourselves in ignorance from our primary existence, this is now very obvious to me in the way my primary existence came forth in the way it did. I was at that time nearly totally enveloped in ignorance. The time of my life I was attacked by these nine entities, was the time I was the most ignorant in my life, this was the time I was the most vulnerable to these kinds of entities. How vulnerable are we to other forces within this reality? Seen as this reality is primarily based on ignorance, it stands to reason that we will be vulnerable to malign forces within this existence, we are even vulnerable to malign forces from other existences/dimensions.

We might then think the more we study and read, the less ignorant we become and the less vulnerable we are to the malign forces. Actually no, in actuality this action can create more ignorance, depending on the source of study. If the study is based on becoming aware of our primary existence, yes, this kind of study will assist us. If the study is primarily based on secondary awareness or knowledge, an awareness and knowledge created within a secondary existence, it's unlikely that this kind of study will help us to expel the malign forces. A lot of knowledge and awareness created in a secondary existence, will most likely add to our ignorance, not deplete it.

Note: If you haven't read my previous post on this topic, you might find this post confusing to read.
Posted by Mathew Naismith at 08:34 No comments: