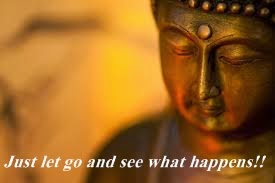 This might seem strange, power doesn’t exist but it’s obvious to us it does so does power really exist?  Let’s ask another question to help us answer this question, what gives something or someone power? Control, anything we rely on or want is catered for by something or someone who can supply us with our wants and needs, once this is supplied we are controlled, once we are controlled, we ourselves through our wants and needs have created such power but this doesn’t truly answer if power actually exists.

I asked a question of my inner self as I often do, does the divine have power?  I was promptly answered back no, I wasn’t sure I understood so I asked this question a few more times and the answer was the same, no. This would also mean God’s consciousness or the sources conscious wasn’t of power as well even though to us it would seem that way.  It didn’t make sense until I realised, to have or to be powerful one would have to supply a need or a desire to others to seem powerful, in actual fact it was the needy and the desiring who would give such power, for without the needy or desiring, there is no such power.  Anything or anyone presuming to be powerful needs to supply a want or a need, they are not powerful unless they have control over a need or a want of other things.  It’s actually the act of a need or desire that gives anything or anyone control and power however God’s consciousness isn’t of power, nothing of the divine is of power but it’s supplying a need is it not so it has to be of power? I’m still getting a no…..

The divine isn’t about control, the divine doesn’t control anything unless it comes into the presence of ignorance but even then it’s not the divine taking control, any kind of consciousness in ignorance will deem the divine as being controlling and powerful, this is due to the essence of the divine, it’s of awareness. Anything that is more aware is going to seem powerful and even controlling however that is far from the truth.

This post is going to go against a lot of taught practices of taking control and empowering ourselves, it’s actually about un-empowering  ourselves to release what we deem as power and control from within us.  You might think by meditating, for example, is about taking control but it’s not, it’s about releasing ourselves of our thoughts, our controlling ways.  It seems we are controlling our thoughts by meditating when all we are doing is changing the way we think, changing our mentality to something more constructive.  Spirituality to me should never be about power and control but a guide to a more constructive way to exist and just be.
Posted by Mathew Naismith at 10:03 2 comments:

Moving On From The Ephemeral Flame 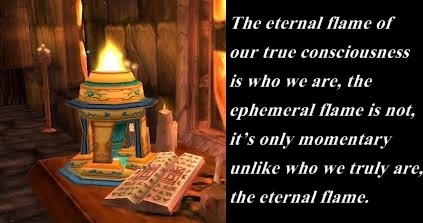 I had a good internet friend of mine called boots reply to my last post titled, Frustrations within Spirituality, I thought it made sense in what boots was saying so I thought I would share it with you but before I do, I better explain myself a little better in regards to the ephemeral  and eternal flame.

Yes, you are right as usual Mathew--"Stand on the bridge and watch yourself go by." And, one of my personal favorites: "No one makes it 'til everyone makes it, and as soon as one person makes it, we all make it."

G'day boots, good to hear from you again.

I'm certainly not always right boots, I'm trying to find my way through the smoke like anyone else, we just need to stop stoking the fire and let it burn out on it's own while we move on. The problem is the fire is warmth and security to a lot of people, how does one leave such a fire, it's not easy and they will fight anyone who even suggests such a thing.

Recently I've been interacting with people on a science based spiritual site, the diehard science minded people fight me all the way even when I hint about taking on a new mentality. They just don't want to leave the fire, there security blanket.

Much blessings my dearest

I of course relate human consciousness to the fire built upon by human consciousness itself, this fire burns only because we are consciously evolving and developing which is warming to us however it’s not eternal no matter how intoxicating it is to us.  We are so intoxicated by it, we can’t or don’t want to see any other way to exist even though we are burning up everything around us to feed this ephemeral flame (fire).  The further we evolve and develop, the more we are feeding this fire until there is nothing else to feed it. The hallucinogenic and warming security feeling this fire gives us isn’t eternal but it feels eternal, so we continue to feed this fire without realising or wanting to realise there is a better existence that isn’t destructive but very constructive.

This ephemeral fire is affecting our mentality like anyone who is intoxicated and addicted to actual hallucinogenic drugs; we just don’t care as long as we get our fix. These fix’s that we feed the fire with is anything from our fixation to a particular ideological principle to consumerist materialism to warring, we are feeding this fire with highly toxic and hallucinogenic debris, a debris that is being created by human consciousness which again isn’t eternal. The smoke from this fire, like any smoke that gets in our eyes, is blinding however this smoke is also very toxic to us. You would wonder how such a fire can be so securely comforting when it’s so destructive, it has of course everything to do with it’s hallucinogenic properties that make us feel so secure and warm, we just don’t want to leave this fire for this very reason.

This fire has greatly affected our mentality to the point we think this is the be and end all, there couldn’t possibly be anything else but some of us know there is, we know there is a far greater constructive mentality which is eternal, our eternal flame.  There is still fire and warmth and security but it’s eternal not ephemeral, this of course would be a far better and far more constructive fire to live by but of course to even realise this we must detox ourselves first from our drug addiction.  Our drug addiction is referring to what we are burning on this fire; ideological principals, consumerist materialism, warring and so on are addictions that have affected our mentality.  All we really need to do is become aware of this addiction and the intoxicating effect this has on all of us, it sounds easy but it’s not, we are too comfortable existing and being around this ephemeral fire.  Like any drug, this fire has duped us into feeling secure when we are obviously not.
Posted by Mathew Naismith at 09:24 No comments: