Only Within the Present 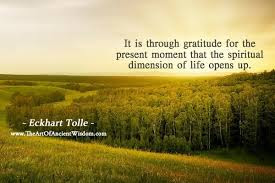 OK, I am not too concerned about where we are going but how we are getting there which is in relation to the now. I find people like Aluna are more focused on the future than the now. Anyone focused primarily on the future/past, are obviously primarily of the illusion/ego. These people will often use various marketing ploys to keep themselves within the scheme of things, in the limelight.

Also, why be so worried or focused on the future when the future is already written, secure?  It's a con; the ego has these people in its full control, this is too obvious.

Live within the present for all else is defined by the present only, for everything else but the present is an illusion.......Mathew G

How often are we guided to live within the present? Now, how many of us live by what we preach within living in the now? Too often we are primarily focused on the future which really doesn't exist. Aluna is obvious within being primarily focused on the future. Aluna is making a huge mistake in my mind; this is unless all Aluna desires is an audience.

The past and future are already written but the present isn't....Mathew G

Consciousness isn't this limited to past and future events Glenys.

Be wary of anyone focusing primarily on the future Glenys. Our ascension symptoms seem to have everything to do with future events with these people, huge mistake in my mind.

The illusion is that future events create the present when they simply don't. Many of us are sadly being guided down this very road by others who are simply living for the future instead of the now, the present, which create future perception of future events. Yes, we can exist by creating our present from future events but it's simply not advisable, mainly due to the future is anything but secure and is limited to certain events. Being that time therefore past and future existence is limited by starting and ending points, it's a bit silly to continue to limit our own potential in this way. The present is simply limitless within it's motions where's a past and future is highly limited to certain events, do we won't or need to continue to limit ourselves to time based realities?

To my readers, try to avoid anyone guiding other people who have based everything on future events, focus on the now is my best advice here. Security is created within the present, not the future for it's the present that writes the perceptions of the future.

The following photo shows my Nephew Jimmy and me approximately 28 years ago. The photo event is of the past but the event itself is always of the now....... 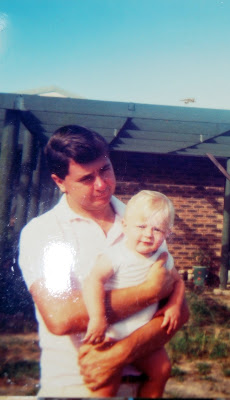 Posted by Mathew Naismith at 09:21 No comments: