A Journey to Behold 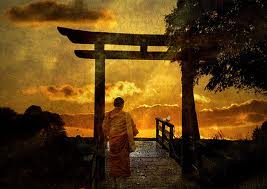 I feel like a charlatan at present. Having posted over two thousand posts on topics like letting go in one sense or another, I still have an attachment to a journey I have no passion to belong to for I have my own journey to follow. I am not talking about a path as in our own personal paths that we follow through the collective human journey; I am talking about a journey that my path has lead me down to.
My family individual paths are following the present human journey, a journey conditioned to one order trying to dominate each path being followed. This means that all paths must follow the present dominating journey or perish, however, my path is leading me down a different journey, a journey where a particular order doesn't dominate all other paths lead.

The , the Napoleon Empire and the world order of Adolph Hitler's fascism, are of world orders; the human collective consciousness has been conditioned over thousands of years to the dominance of an order over all individual paths. All paths are to serve the order or perish, this is apparent today as a one world order once again tries to dominate over all other orders and paths lead.

Do you see where I am coming from in relation to new age spirituality? It's of the same order it's trying to extricate itself from so it denounces anything not of its order as what? Toxic, bad vibrations and so on it goes. Yes, while being of another journey collectively, we will feel that the present journey is negative and even toxic to our new order, the trick is to not treat a break away human collective journey as being an order. As species have evolved from other species over millions of years, I believe a new consciousness will evolve from the present human consciousness, this can't be obtained if we are still of the old order or of any order to be precise.

Yes, it is possible that western perceptions like love and light are of a different path while following the same human collective journey, in actuality this seems to be the case but I don't think it's meant to be.

The more unconditionally loving we become, the more accepting we become, our acceptance should be more unconditional not less. There is simply more conditions in what we don't and do accept, considering that to truly love one must be accepting, being less accepting isn't truly love, it's a desire. Try loving something you don't accept, within this unacceptance there is a huge amount of conditions. How many conditions are their to a world order? This is why there is no true love within a one world order, only desire. Yes, many of us simply desire a new human journey which will only continue us on the present journey unbeknownst to us.

I accept my family's journey as being their journey and not mine; this is the same on a collective human scale, within this I can truly love what I am parting from. Yes, the present human journey feels simply not of my own, should this really mean it's toxic or even negative like a world order? You will find what you truly love hard to detach or extricate yourself from, as it should be if we are truly becoming a part of a new consciousness.

You should love what you are detaching yourself from, this is simply not occurring. You must love it for what it is, not what you desire it to be in accordance with your own order. The journey to behold is simply not of an order, it's far more accepting than that......

Posted by Mathew Naismith at 08:34 No comments: