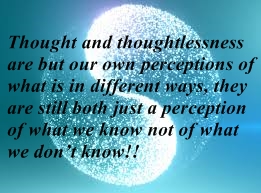 Finding balance: To just experience the beauty of conscious motion in pure balance within itself, could you imagine experiencing this in a physical reality that is balanced within it's own consciousness?  Within such a consciousness, there is no spikes of excessive motion that creates chaotic realities, it's conscious motion expressed in it's most subtlest form.

This balance isn't obtained through positive thinking nor negative thinking, it's obtained through living our lives void of lies. I know of someone personally who desires to look at everything as being beautiful, to do this however one must become ignorant of the ugliness and/or destructiveness in the world, everything is positive and everything is beautiful when in actuality it's not. You can't live a lie and expect true balance, yes, these lies make us feel good but being a lie it's transitory as all lies are.

The truth of the matter is, we do live in a reality of beauty/constructiveness and ugliness/destructiveness, the reason we lie to ourselves is because once we observe ugliness and/or destructiveness, we instantly judge an unworthy, we are actually conditioned to think like this. So instead of judging or feeling an unworthy, we live a lie that everything is beautiful when it's obviously not, within this lie there is only worthiness. This isn't balance and it certainly doesn't create a  balanced reality, you can't create a balanced reality on lies. 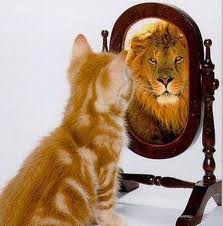 Living a lie: Lies create chaos, this is due to the motion that lies create, the bigger the lie, the more motion we create within consciousness itself. How many industrialists lie about what they are doing to the environment? The bigger the lies, the more chaos this creates by destroying the very consciousness we rely on for our existence, the Earth itself.

Observe what it is for what it is no matter what it is without judging an unworthy. If it's ugly or destructive, does this mean it's unworthy? We are naturally conditioned to think so but what if we reconditioned ourselves to think otherwise, that just because it's destructive doesn't mean it's unworthy. Take a look at the universe, it's utterly beautiful and magnificent within it's motions, remembering we too are a part of this universe. It was created through destruction as our own planet was, does this make this planet unworthy? No, so why judge another person, who is obviously destructive, unworthy?

Look at black wholes within the universe, are they unworthy because they are highly destructive to matter?  They are a part of the process of motion within the universe, as of any person being destructive towards other conscious motions (people) are, each conscious motion is apart of the process if we like it or not. But of course we don't like it, so like the industrialists, we live our lives as a lie which unbalances consciousness creating even more chaos.

Living a lie makes us feel good within ourselves, industrialists do the same, they ignore what they have deemed unworthy like a pristine environment, this makes them feel good within themselves no matter how destructive they become. How many people who think everything is beautiful ignore the seriousness of slavery in the world for example. Like an industrialist who ignores the beauty in the world, ignoring the seriousness of slavery is highly destructive, actually, ignoring destructiveness and/or the ugliness in the world is highly destructive and disruptive. It doesn't take an Einstein to work out how we have created so much chaos in this reality, living our lives as a lie just isn't conductive to a balanced existence.

This post was brought about by a discussion I had with an atheist recently, to an atheist, athe-ISM isn't a belief system even though it's an ism. The definition of ism is as follow: A belief (or system of beliefs) accepted as authoritative by some group or school. No belief system and ideological principle is the be and end all, when anyone becomes fixated to an ism, this ism becomes the only truth. You can see again how we live a lie through our ism's, again it doesn't take an Einstein to work out how we have created so much chaos in this reality.

Once we become fixated to an ism, or to any ideological principle, we often express huge amounts of motion and of course emotions. This highly charged motion can only be destructive to any other motion, the funny thing is, this highly charged motion is created through lies which are highly transitory (short lived).  As of the universe itself, all expressions of consciousness are worthy, we don't have to lie to ourselves and try to look at everything as being just beautiful, or, only acknowledge what we have ourselves judge as being beautiful.

After my conversation, I was walking down the side of our purple house with our beautiful garden on the other side of me, and a feeling of, ' Oh....to just experience the beauty of motion". 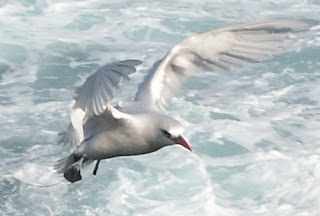 The beauty of motion: The experience of the beauty of motion can only occur through balance, to obtain balance, we need to stop living our lives as a lie. How accepting was Jesus, Buddha, Confucius, Rumi etc. of other motions around them? They observed the different conscious motions around them without judging what is and isn't worthy, in other words they didn't ignore the ugliness and/or the destructiveness in the world. Yes, they reacted but in a most passive way, creating very little motion in doing so, they  didn't live their lives as a lie, they became aware of everything they could for what it was.

A true balanced existence doesn't mean there is a worthy or unworthy or even beauty or ugliness,  just because we haven't judged what is beautiful, doesn't mean there is no peace and harmony, actually the opposite it true. the less we judge what is and isn't, the more balance we will experience. To get to true balance, we first need to go through a process of observing what is and isn't destructive/ugly but without judging what is and isn't unworthy. I do believe Jesus, Buddha, Confucius, Rumi etc. tried to show us this through their wisdom. Once we can observe without judging an unworthy in any expression of motion, we will be well and truly on our way to a truly balanced existence. All expressions of motion are worthy, yes, some expressions are obviously highly destructive to other motions, this shouldn't mean they are unworthy.

Try going into an environment that is most deplorable (unbecoming) to you and see if you can observe without judging an unworthy. The more you can sustain from judging like this, the more balanced your life will become, you will instantly find peace and harmony within yourself. Yes, you will still observe what is and isn't destructive but it won't unbalance your own consciousness. Confucius to me was very good at this, this was obvious for, "Only through  balance will you find wisdom for only through this balance can true wisdom be obtained"....Mathew
Posted by Mathew Naismith at 10:05 No comments: