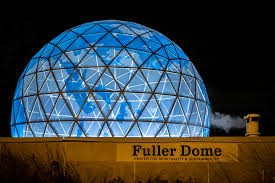 Viruses often consume and breed to the extent of completely devouring their host until there is nothing left, this is unless balanced out with some kind of anti-virus, natural or not. What occurs when we don't get enough sun or too much sun? The same is with our diet, too much of one type of food is not healthy for us as it is of too little of another food. What about love, can you get too much love? Wouldn't excessive expressions of love create a far healthier environment than we have today?

If you ever heard a plant die you would realise that plants, as of animals, suffer, in actuality even more so as they take a lot longer to die. We often show love and concern of an animal being mistreated or killed to sustain our own healthy environment. Yes, your body and mind is an environment, an environment that needs a well balanced sustainable energy source to stay healthy. Now, imagine expressing love to all living things without exception. Just because most people are unable or unwilling to hear plants slowly die, doesn't mean plants don't suffer to sustain our own healthy environment.

A balanced form of love isn't like this where one energy source is abused in favour of another, all is treated as one. In actuality all is treated as an energy source on equal terms to all sources of energy.  Within this, a true sense of balance is sustained which in-effect helps to sustain our own and the planets environment, without being self-deceptive or deliberately ignorant to one source of energy in favour of another source of energy.

The love expressed by tribe's people of the planets environment is a true expression of love, even while using other energy forms to sustain their own energy form. Their love was expressed through appreciation, that a balance between their own environment and the rest of the environment, which they are also apart of, is vital for the health of all energy sources. Remember, you can't destroy energy, you can only transform energy. Of course a healthy environment is all to do with how we transform energy. Abusing energy in an imbalanced way will only create an unhealthy environment for all energy sources. Self-deceptively ignoring the abuse of one energy source in favour of another energy source is simple abuse of energy. To be unaware is one thing, to be purposely ignorant in favour of another energy source is another thing, especially when this kind of abuse is used to sustain our own present energy level.

Yes, love but love in balance with the rest of the environment. In truth, an animal or plant doesn't spiritually mind being transformed, as long as it's not abused while being transformed. The same is with the planet. The planet doesn't mind being transformed, as long as we do it non-abusively as of any energy source or form doesn't. Let's be honest here, energy never stays the same, all energy forms will transform anyway, it is the way energy transforms that makes the difference. If used in a balanced non-abusive way, in other words loved and appreciated, energy as a whole will create a sustainable healthy environment, if not, you will only create a reality we are experiencing today.

Posted by Mathew Naismith at 13:15 No comments: