Fear, A Neutral State Of Affairs 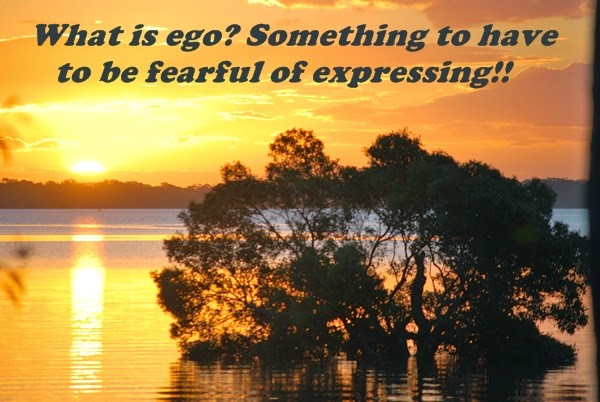 I stumbled across a discussion recently in relation to love being an emotion or a choice driven by various thinking processes. In this discussion many people believe fear is the opposite of love not hate, love is just the absence of love, in other words hate doesn't exist. Because hate doesn't truly exist to these people, you can't reverse this and say hate is only the absence of love, my stance on this is stating that hate is defiantly opposing love as the following replies I gave will state why I think this to be the case.

Hate is produced by ignorance for only in ignorance can we destroy.


Love is produced by awareness for only in awareness can we be constructive.


Where does this leave fear? Right smackdang in the middle, fear can be a friend or an enemy, it can either keep us ignorant or make us aware or both, the choice is ours. Most of us seem to judge fear as just an enemy when it can make us aware beyond our present knowing.

OK, fear can produce the emotion hate but not necessarily.

Happy endorphins can produce the emotion of love but not necessarily.

One does not have to fear to hate nor does one have to be fearless to love.

Now can love produce hate or hate produce love? The answer is obvious.

Now just say I love guinea pigs, can I at the same time hate them? Just say I feared guinea pigs, does this mean I hate them or just dislike being around them because of this fear?

"From my perspective, fear does not cause hate."

This is exactly what I am saying as fearlessness doesn't cause love but they can.

Emotions are not always created by thoughts Tony, Ghosts/spirits don't interact by thoughts but by vibrations, yes thoughts are vibration but so is everything else, don't make the mistake in thinking everything without a brain isn't vibrating and isn't picking up on other vibration around it.

I can't remember their names but two prominent neuroscientists believe everything including a rock has consciousness of one kind or another , emotions are not just of the mind but consciousness itself.

Can you love and hate the something at the same time? No, the reason for this is they are opposing, now can you love and be fearful or fearless? Most defiantly, so how can fear be the opposite of love Tony?

Let's take a man who belts up his wife, the wife loves her partner that much she is willing to put up with her fear, now can the some partner hate and love her husband at the same time? It's an impossibility Tony but that is what you are saying when stating fear is supposed to be the opposite of love.

Do we over rate fear as something just negative? It would seem we do especially if it's supposed to be the opposite of love.

I thought the following was a good description of the positives attributes of fear but as long as one faces such fears, not just try to bury them.

Sorry if this offends anyone one but, to fear fearing only denotes ignorance especially if one is unable or not wanting to face such fears, being fearless of fears is quite the opposite to ignorance, it will open up new awareness in one's consciousness all the times if one is willing to face such fears. Could you imagine not going into unknown conscious states because you fear fearing and that fear is the opposite to love? If fear is the opposite of love, very few people would go into any unknown state of consciousness, what would be the point especially while existing in a conscious state full of hate and chaos?

My fears have taught me so much about myself and the rest of consciousness, I actually love and appreciate my fears especially when I don't fear facing my fears, so what about the people who do fear fearing. These people will stay ignorant therefore destructive for only through ignorance can we destroy, the problem with this is there is no problem, it's just a different way to exist to not fear fearing.

Posted by Mathew Naismith at 10:42 No comments: