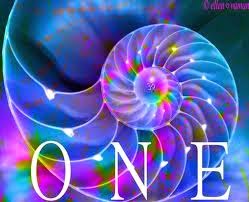 This seems to be coming up a fair bit for me at present, because time is of infinite possibilities is time an illusion? This isn’t an easy question to answer mainly because it’s all to do in how we perceive time. As the reply I received below shows, we need to define time and timelessness however this isn't easy defining what time and timelessness define. Hopefully the following might help with this a little.

Reply by Piper Night
Perhaps the question is how we define time & timelessness. If you consider that all time is folded into the one moment of now then illusion and reality are juxtaposed to create the imagined reality of the group consciousness. All things are infinitely possible here.

The following wasn’t my reply to Piper Night but a statement I made on a spiritually based science site on this same topic.

Most of us depict time as a starting and ending point, this is because what energies form is usually transitory. Another way to depict time is through distance, this again is created through the interactions of various energies forming form to give us one point of origin to another, the expanding universe is a good example off this.

To me this depends on how we define time, form seams to create time so therefore time is governed by form however this form was created from an infinite energy source that can’t be destroyed just reformed, would not time then be governed by infinite possibilities instead of just form? This of course would make time and everything created from time infinite not transitory in a real sense. The illusion is to think time is transitory, yes the forms that time create change but that is all they are doing, there not being destroyed at all.

Spiritual gurus know we are not just this form however they still believe time is an illusion, this doesn’t make sense!! In my mind we really do need to perceive time as being infinite not transitory, it’s the way we perceive time that is an illusion not time itself.  Time is really defined by these energies reforming time and time again, it’s infinite.