Going Beyond Our Safe Havens 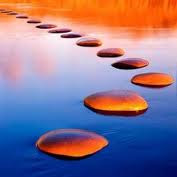 Venturing Out: People like myself could have stayed in our safe havens but we didn't, the reason for this isn't that simple to explain. By my early teens, I created this safe haven, this was primarily brought about by the environment I was experiencing at that time. Most often a destructive environment will entice us to build upon a safe haven, an environment that is more constructive towards our well being. I am now 52 years old and I still to this day often venture outside of this safe haven but for a very good reason.

Venturing out from this peaceful tranquil state of consciousness isn't easy at times, in actuality, it can be quite traumatising, depending on the environment we put ourselves in. Firstly, people like myself don't judge one environment being any less worthy to experience than another, if we did, this would be a sure sign of bias and even prejudice. There is no awareness or wisdom to be acquired in being bias or prejudice or fixated to one kind of environment, while at the same time, deliberately ignoring other environments because we judge them as being unworthy, negative or bad in some way through bias and prejudice. No one becomes truly aware and wise through predominantly experiencing their safe haven. Yes, venturing outside this safe haven can be scary, basically, our safety blanket has been taken away from us, meaning, we feel more insecure away from this safe haven, but to become truly aware and wise, one must always venture out beyond our own set limitations.

Bias and Prejudice: Recently, a terrible catastrophe occurred, a number of adults where killed in Orlando USA, of course once again, another memorial will be set up  to remember these people who were massacred by a lone gunman. It's said to be the biggest mass killing/shooting in history, disregarding the slaughter of American Indians of course for starters. I wonder how many children and young women have been kidnapped and are presently being used as sex slaves, will a memorial and a remembrance day be forth coming for these people, which is by far a worse catastrophe than a single shooting which is now in the past? Most often these people end up dying in a bad agonising way.

Over in , women and children are presently being massacred and have been massacred for some years now void of any great outcry, unlike the shooting like . It's obvious that a genocide of a kind is presently going on, is NATO intervening, are the people tucked away in their safe havens intervening? Is their as big an outcry to the massacre by the rest of the western world compared to what is going on in or to child sex slavery? The answer is obvious.

Lets' put this in perspective, would the western world cry out more if a pregnant women was shot dead in the streets of a western country like Australia or the US or an eastern state/country like Palestine or Iraq? The answer again is obvious. How much of an outcry is there when pregnant women are shot in ? Is it anywhere near to the outcry of the shooting of adult men in a western country like in ? Can you now see the obvious bias an prejudice we have acquired through being shut away in our little safe havens, especially in the west? There is certainly no awareness or wisdom to be acquired through these kind of actions, the war will certainly continue only because we feel safe in our safe havens but this is an illusion and certainly not infinite.

Spiritual Safe Haven: As I have done, spiritually aware people, unlike materialists, try to create a safe haven where they always feel safe and secure and at peace or relative peace. Anything beyond this safe haven is usually judged as being bad or negative in some way, we don't often then venture beyond this safe haven, basically, we become limited to our haven or box. This box stops us  becoming aware of anything we have judged as being bad or negative compared to our own safe haven beyond this box. Just judge it so and so witch gives us a reason to stay ignorant to anything but of our safe haven. However, when a catastrophe like a shooting occurs, we are no longer able to stay within our box. It's OK that young children and young women are used as sex slaves and that far worse catastrophes are presently occurring around the world, which are still apart of our environment if we like it or not, no matter how much we shut ourselves up within our box.

We also have an excuse to shut ourselves up within this box, we can pray/meditate for peace, like the hundred monkeys theory where one hundred monkeys change the consciousness of all the other monkeys. We often do this but this theory doesn't work, obviously, as we have been doing this for thousands of years, human history is full of this, and the reason it doesn't work is that one opposing action will always cause another opposing reaction. Cause and effect come to mind, one opposing cause will only create an opposing effect. Sticking ourselves in a safe box is in opposition to what is judged by us thus in turn creating an opposing effect or reaction.

With the shootings, all this has told me is how bias and even prejudice we have become mainly because we have stuck ourselves in this box, within our little safe haven, which certainly keeps us ignorant to what is occurring in the rest of our environment.  Of course western people will deny everything I have stated here as negative and certainly not in reference to them, but the truth is in the pudding, we certainly need to wake up to this if we really want to make a long term difference.

Denial is a pretence to truth, however, eventually the real truth comes forth for pretence is only a transitory state that never lasts. Truth always prevails over pretence and denial for truth is anything but transitory.....Mathew

We don't have or create these safe havens (box's) for no reason, as I said, these box's are usually comforting to us and we often feel safer in these box's than outside the box, they are actually a must to balance out the external influences with internal influences. It's actually not good for a consciousness to feel unsafe (insecure) all of the times, in actuality, these box's help us cope better with existence as a whole either it be of materialism or spiritualism or what ever.

You could say that each box gives us a different perception of who we are as a whole, we however often become that fixated to a box, that all other box's (perceptions) just don't exist or their perceptions are above and more correct over all other perceptions (box's). Is spirituality some how above materialism? Is materialism some how above spiritualism? Each person within their box would state they are above the other in some way, this in turn shows us how bias each perception can become.

Now a person who goes beyond the limitations of their own box to experience and become aware of other box's (perceptions), will of course become more aware and wise of the whole self while not judging one box being above another in anyway. All these perceptions make up a whole consciousness, take away a perception (box), you take away the wholeness of a consciousness. A fragmented consciousness will always lash out as one chosen box is above all other box's. Is science somehow above spirituality? A consciousness that is of the box of science, will say most definitely as would a consciousness of the box of spirituality. Within this mentality, each consciousness will stay ignorant to the other no matter what. We have actually created a reality based on this kind of ignorance and segregation, of course there's going to be no peace and harmony, only within our own box will this be the case.

Staying within our own box of course isn't going to bring a long lasting harmony either, each box eventually clashes with another box in the end unless we force our own perceptions (box) onto others so we all exist within one box and one box only. You could call this oneness being that all consciousnesses is forced to perceive the same, in actually, this is far from the truth. Oneness takes a consciousness to accept and become aware of all of the other box's (perceptions), not just one box.

Can our safe haven keep us bias/prejudice ignorant, hateful and intolerant of other people's safe havens? Recent and present events certainly say most definitely, for our own box certainly can create a bias and prejudice beyond the acceptance of other box's (perceptions). It's a sad day when one catastrophe becomes more of an issue than more serious grotesque catastrophe's happening in the world today at present. Human consciousness as a whole is screaming at us as each catastrophe is screaming at us to change our obvious bias and prejudices, the more we ignore this screaming, the more catastrophe's we will experience until we start to listen......
Posted by Mathew Naismith at 12:43 No comments: