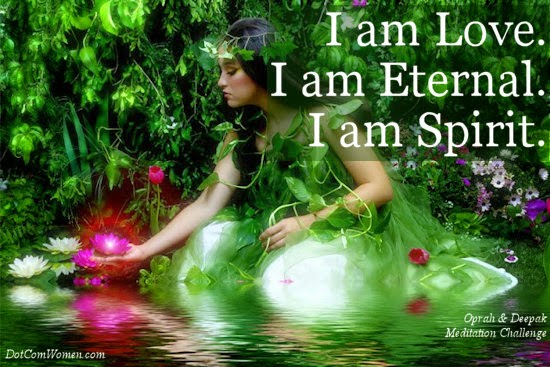 I seem to be doing this a fair bit, I will be writing about a certain topic and all of a sudden I can't write any more, the flow just stops dead. You could call this writers block, it is in a sense but I've stopped writing for a very good reason, usually that reason has something to do with synchronicity and this is no different.

Transitory States of Consciousness: What do we most often fixate ourselves to, in other words what expression do we express the most? This seems like a strange question to ask but the answer is even stranger in my view. What do we traumatise over and allow to distract us from knowing our eternal selves?

The following will heighten this understanding, it's quite a tragic story of a girl who was viciously raped some years ago, she is no longer that girl today but what she still caries with her still to this day keeps the tragedy of that girl within side of her.

First synchronistic moment. I've known this girl for some years now, when a bloke (man) is walking towards her on a footpath, she still today crosses the road to avoid such a person, she avoids men period. I recently saw her which instantly reminded me of the differences between our eternal and transitory selves, the transitory self being human and the eternal self being the soul or spirit.

Eternal States of Consciousness: Releasing ourselves of traumas is like going into the light, we no longer see or even feel transitory states of consciousness as being anything more than just transitory, a fleeting moment in one's entire eternal life. Anything remotely transitory no longer has any influences on us within this light. This is also due to the feeling that this light is our natural state, not some transitory state of human consciousness we make up as we go along. Now it's very difficult to see ourselves, after going through traumatizing experiences, as just seeing these experiences as transitory therefore meaningless, the human psyche I'm afraid doesn't work like this, it holds onto these moments only because it doesn't realise these traumatising moments are very fleeting, they are not of our truer selves.

The trick is to reprogram your mind to accept that our truer selves are not of this transitory states of consciousness, but a consciousness that is eternal in every sense of the word and the best way to do this is to imagine going into the light after our so called demise. Could you imagine being in a state of consciousness and knowing this is my truer state of consciousness, it's like coming back home after a long time away or awakening out of an extended dream state, it's our natural state totally void of anything remotely transitory or traumatising. In other words everything you experienced in a transitory state becomes null and void, it no longer has any traumatising effects on us.

This light feels comfortably worm and serene and natural, this is why it's easy for a lot of us to transform ourselves back into our natural truer selves. I remember looking back while in the light and thinking, "I'm releasing myself of everything I thought  I knew to be me".  It's truly not a scary moment mainly because this state feels a lot more natural than the transitory state of consciousness we awaken out of. The point is, we can all use this light to release ourselves from our present transitory traumas of life by just being aware of going into the light, you just might yourself remember the exact same thing as I have. Talk about this light with others, preferably someone close to you if you can, as such discussions just might remind you of your own experiences while going into and becoming the light itself.

Transitional Stage: Recent events brought to mind about a person I knew who killed herself by just going into the light, funny enough she was married to a spiritual healer. There were two autopsies performed on her, there was no reason for her demise.

Anyone who is aware can so call kill themselves, this isn't saying this lass wanted to kill herself  but at times it can be too easy to release yourself and go into the light at will,  it is indeed that easy. To do this however you need to be calm within yourself, within your mind, I certainly won't teach anyone to do this, for obvious reasons, but this light can make it a lot easier to release ourselves from our transitory traumas if we want too.

I should also point out I don't try to remember anything, there are no intentions or desires on my part to remember such things, what I remember or have insights of is meant to be naturally without force. If anyone gets anything out of what I right about, that is meant to be. I just love going with the flow of life instead of against it, that's what I'm supposed to do but if you're meant to do something else, go with that not against it.

Light always represents a transitional stage, it is certainly nothing to fear.
Posted by Mathew Naismith at 09:36 2 comments: