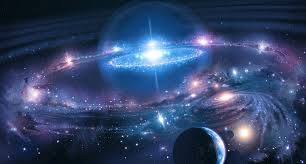 Inward Perceptions: Human consciousness is unable to become aware beyond of what it is able to perceive, anything beyond these created perceptions can't be perceived by the human consciousness. If there is no comprehension or will of comprehension, how is then one to perceive, in this case beyond what the word shine actually means inwardly. Outwardly, the word shine means to glow or shine as light. The perception of light gives us an outwardly reflection of shining, this is by no way an inwardly reflection.

We perceive light as in opposition or opposing dark. Light means to be aware, like turning on a light in a dark room where's darkness means to be unaware, like turning off the light to a light room. The perception of light and dark, negative and positive, good and bad, are but of outwardly perceptions because they are created and of the outer world or self. It's like the Earth turning around the sun in orbit to the sun; this gives us a created perception of night and day, light and dark. We are simply conditioned to light and dark, positive and negative.

Inwardly reflections/perceptions = creators + oneness + infinite + nothing and everything as one

When we are only able to perceive the differences between light and dark, this is an outwardly reflection, it's created through the perception of separation. Once you separate energy into different parts, it becomes of the outer world, a created world from the inner world. Outwardly, light and dark, negative and positive, are different because they are separate to each other, this is simply not the case inwardly as everything becomes one.

The World Stage: Recently, we had state elections, the party that was more efficient with their scare campaigning won the day. We were literally threatened that if we voted a certain party in, in our electorate, we would be held accountable. Because people today are conditioned to fear, they not just abided by this but accepted being threatened.

On the world stage, the UN, backed by force and control, is doing the exact same thing, holding the world to ransom. You will be black listed, and no doubt aggressively dealt with, if you don't recognise as 's new capital.

If today's perception of love and light is so powerful, why are we not just living more in fear but accepting being in fear more than ever?

So why isn't today's love and light working?  It's all to do with perceived separation and denial and deliberate ignorance of anything remotely judged as negative/dark. In actuality, anything based on separation will always be a part of what it detests the most, a never ending cycle of separation and counteractive motions.

Cycles of separation are simply to do with the outer world, our outer selves, accept this as being a part of who you are while at the same time being aware of your inner world or self.

Shine: To shine is to be at one with everything void of separative perceptions, not the obvious separation from a perceived dark/negative.

Imagine for a moment being in a reality or state of consciousness void of the necessity of positive perceptions, there is no negativity therefore no positivity. We would of course perceive this state would only be of light. The trick with light, in relation with awareness, is that the light is also of the dark, how aware are we if we are only aware or desire to be aware of the light? One must be aware of the whole to be truly of the light, to be truly aware of the whole as one, not of separated energies counteracting each other.

I actually perceive a true oneness state as shining, of course we perceive shining as referring to light void of darkness, this simply isn't the case. We are conditioned to separation so shining has to be opposite and separate to dark. Shining is simply the acceptance of everything for what it is, be it of the inner or outer world/self. Yes, we could judge that the outer world is an illusion; this simply gives us a false denial of what we are as a whole, it's also of separation of everything we desire not to be a part of.