The Spirit Within All Things 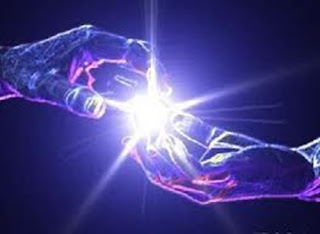 In this post I will be making reference to certain Christian ideological principles, this might not go down well with anyone who is fearful of these principals or don't wish to acknowledge these principles period.

There are far more souls than existing human beings, this is all due to there being far more souls that are not in physical form of some kind, this isn't the same with the spirit, there is only one spirit, this is why I think Christians refer to this spirit as our father, this is the same with ourselves only having one biological father. Souls represent multiple (many) sources of consciousness, the spirit however only represents one consciousness, one father.

Christianity also refer to this spirit as the holy spirit, any other consciousness that is in reference to one consciousness, is going to seem holy to us, this is all due to our present state of consciousness. Any consciousness that is fragmented (separated) as  represented by souls, will most often refer to a collective consciousness, the spirit, as being holier than their own consciousness. This behaviour and perception is absolutely normal and natural, this is until we become more enlightened (aware) ourselves of the spirit within everything. Even at this stage many of us will still see that this spirit is holier than ourselves, this I think is all due to ourselves still being of individualism instead of the collective spirit.

The word God means a supernatural consciousness conceived as the perfect and omnipotent and omniscient originator and ruler of the universe. God refers to a divine consciousness way beyond the perception and understanding of an individualised soul, this is until these souls becomes reacquainted to this spirit once again.

In my own mind however, the father and the spirit are in reference to the same thing, it's not like ourselves with a separate soul to our physical selves. Because of our own perception of separation, we have perceived that God would also be separate from it's own spirit.  I don't think this is the case, for the main reason we are not talking about individualisation here but a collective consciousness, there is no separation of consciousness period within this conscious state, this includes the separation of God our father from it's own spirit, this God is it's spirit in my mind.

Within the spirit, there is no separation until the soul perceives it's own separation from the spirit within all things.
Posted by Mathew Naismith at 07:56 No comments: