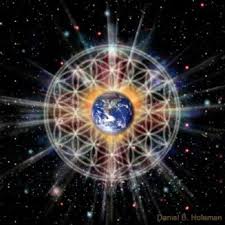 I am not being critically judgmental here, having the instincts of a Neanderthal isn't bad or good, negative or positive; it's just simply an existence or a consciousness mentality to exist by or not. All I am saying is that we haven't consciously evolved much from a Neanderthalic conscious mentality. Look at it this way, how many of us hunt down knowledge to gather? How many of us hunt down wealth and power for personal possession and accumulation? What do devout religious parishioners do? Hunt down would be parishioners to gather in a flock, this is also no different to multinationals who hunt down anything they are able to gain wealth and power from.

Our mentality today is still primarily ruled by Neanerthalic instincts of accumulation or acquisition through hunting which is another form of searching; the difference today is we often do it for a desire rather than a need!!

A good example of this is devised from a couple of questions as follow. Is the accumulation or gathering knowledge a desire or a need? Seen as knowledge is highly destructive, especially to our environment, and is set up to primarily assist Neandertholic mentalities like multinationals to become wealthier and more powerful, is knowledge a need or a desire unlike awareness? Don't make the mistake and think knowledge and awareness are the same, there not as I will explain.

Everything is separated through knowledge where awareness actually brings everything together as one. We can only accumulate knowledge through acknowledgment of what we are aware of; this takes us to label everything different, however, awareness isn't an accumulation to start with, its just an awareness void of a need to comprehend everything through numerous labels for acknowledgment. Within this kind of mentality, there is simply no separation.

Yes, this isn't easy to comprehend and acknowledge when we are conditioned to be primarily of a Neanderthalic consciousness. Look at it this way; we still look at awareness as being accumulated through knowledge but knowledge of what?  This is the point. There is absolutely nothing new about the knowledge we are using today or the knowledge we will be using, it all comes from the same source and has always existed. When you consider, for a small example, that spectacles and a high tensile steel hammer have been found to be thousands of years old, there is simply nothing new about the knowledge we use today and will use tomorrow. All knowledge simply comes from a single source, a source that is whole in nature unlike knowledge which is naturally divided in nature.

This singular source is known by many names, God, oneness, the zero point, pure awareness and so on. Taoism doesn't have a name for this point of origin; it's just simply being of the Tao, of God if you like. This very source is the source of all knowledge void of separation, only through hunting down and accumulating knowledge is this source then separated and only through this separation can we experience conflict. This is why there is no conflicts within a pure aware state of consciousness, there is simply no separation, only through hunting and gathering is there separation therefore conflict.

This universe/dimension is naturally of extreme motions; this energy will of course quite naturally influence any consciousness to be the same within this sphere.

If you take any notice of what any of the great wise and aware people have written, they didn't want to change this sphere or even change what this sphere has created within  it's influence, all they wanted to do is influence this sphere to be more moderate, more balanced, within  this sphere of influence. People like Rumi, Jesus, Confucius, Buddha, Muhammad and Gandhi and so on, are to me the wise and aware. When you read what they actually wrote, you will find they never tried to force change, only to influence a needed change to occur. Notice a needed change as to a desired change especially on a personal level.

Confucius, for example, was displeased when he passed away, not because he didn't change he's environment, he's sphere of influence, he wasn't pleased because he thought he didn't influence the sphere he was apart of enough to make a real long lasting difference. I think you will also find this with Jesus, in actuality, this was probably the case with many others as well.

The hunter and gatherer will always force a change to occur instead of simply being influential, this is after all is it's nature within a highly motional universe/dimension. However, if we reread the great writings of the wise and aware while thinking in influence instead of change, we would find new messages to be had within these wise and aware writings. The message is of moderation and balance while within a sphere of excessive motions. We are simply not just the hunter and gatherer, we are all much more than this, of course only the true wise aware will want to know this and influence change in moderation and balance, leaving excessive/extreme motions out of their own sphere of activity.
Posted by Mathew Naismith at 08:38 No comments: