The Neutral Ground - A True Sense of Bliss 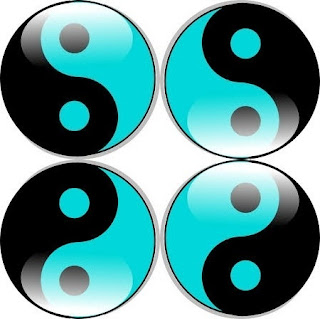 This is why I have stated in previous posts that human consciousness is limited, it's limited by it's own created opposing factions. How many people are able to perceive the true sense of conscious neutrality? There is always demons and angels, good and bad, negative and positive. Don't get me wrong here, there is absolutely nothing wrong in existing like this, all I am always trying to portray is there is another way to exist/be void of any creation of these opposing factions.

The reason I am using the word faction is obvious, 'I'm good and your bad, I hate and you love, I am positive and you are negative, I am spiritual in essence and you are physical in essence", these are the factions we have put ourselves in. Basically, we put ourselves in    dissenting groups to separate ourselves from something else, in turn creating the opposite of what we have dissent for. It's basically a rollercoaster game, one action or energy flow is naturally creating the other and yes it's a natural process within a consciousness of biases, partialities and separatism. This is what human consciousness is made of but it's not who we truly are.

Now imagine an existence totally void of these factions, a reality primarily built upon neutrality of all consciousness's, basically, a reality created from and influenced by a true sense of balance. We are basically talking about a reality of pure utter bliss here, however, don't be too hard on yourself, we are supposed to react and create biases, partialities and separatism, in other words opposing factions, this is the natural process of this kind of  consciousness, and yes, we are even supposed to create extreme factions from this. However, if we are really interested in finding bliss, you won't find it in an opposing faction, yes, within a life time you might but all opposing factions create a reaction and usually a counter-reaction. A true sense of love would not keep creating and recreating an opposing faction within and through it's own actions.

Imagine a reality of utter pure bliss, now how many of us would think that love would be a predominate influence within such a reality? It's not, because hate doesn't exist, in actuality, love and hate become as one as of everything does. Because we exist within a love/hate reality, to find true bliss, we perceive we need copious amounts of love. Love denotes bliss to us, this is quite a normal reaction for any consciousness influenced by the kind of consciousness we are influenced by. How many people don't want to imagine a reality void of hate? How many people want to imagine a reality void of love? It's not that we can't imagine such a thing, we just don't want to imagine such a thing, this is the truth of it....

Because we are of one faction, our faction is right when in actuality neither faction represents a true sense of bliss as the other creates the opposite to itself and always will. A true sense of bliss isn't something that has to be created and created by love or hate. Love and hate are themselves created perceptions of consciousness, this means anything created from such a consciousness, is going to be just another created perception. A true sense of bliss is neutrality of all things, of all of consciousness. We might then perceive this bliss has to have created an opposite but it didn't, this bliss wasn't created, it's a state of neutrality with no opposites, only created conscious perceptions create an opposite, this bliss isn't perception, it's an actual state of just being.

To us within a destructive reality, this neutral ground is going to be perceived of being of utter love, it's utter bliss therefore has to be primarily created from love, this is a normal reaction to any consciousness experiencing opposing extremes. There is nothing wrong with this perception, however, try not to use this neutral ground as in opposition to what we are presently experiencing, all you will create and recreate is a counter-reaction, human history shows us this time and time again.

In saying all this, human consciousness will persist in perceiving one or the other, this is because human consciousness is limited to a perception of one or the other as it's unable, or more likely, unwilling to perceive in a more neutral way. If that is the way it's meant to be, so be it, however, if you are willing to go beyond the perceptions of human consciousness, you will find this neutral ground that is pure utter bliss. Yes, within a reality as we are presently experiencing, this can feel like a true sense of love, this too is a natural occurrence that we must be aware that we can misuse in counter-action.

Its' wise to stay balanced within one's emotions, for emotions are but a creation of our perceptions.....Mathew G