Journey of an Eastern Mind 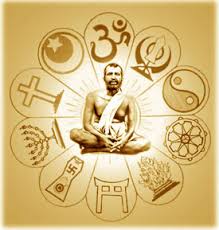 A spiritual teacher is asked to do a presentation on what the teacher is about to a small group of people, they accept. When the time comes, they greet everyone who comes through the door and once this is done, they then place themselves in front of the people and immediately queries, "What are you all doing here?" There is no answer because the people are perplexed by the teachers query.

The spiritual teacher then poses a question," Am I positive because I am the teacher and you are negative because you are the students fixated to material imperfections, distractions and controlling ways? I am not separate from you as I am not separate from creation as a whole. Whatever is of creation, we are of no matter what the western ego mind desires to only be of. The different being, no matter how much we are connected to all of creation, I am also the teacher as well as the student only because I have also learnt to listen to the eastern mind as well as the western mind."

I actually approach the western mind by pointing out the difference between the eastern and western mind, one is of control, the other of taming. The problem with this to the western mind is, honesty is often not the best policy, this is why many teachers will mention taking control of the mind instead of taming the mind. I should point out here that I am not a spiritual teacher.

Posted by Mathew Naismith at 10:22 No comments:

Beyond the Teachers Teachings 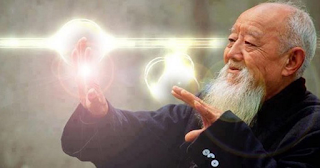 Yes of course, a teacher who is truly being a teacher would want their students to surpass their teachings; my mistake is I wagged school a lot which made going to college interesting to say the least. Note; wagging school is to do with not going to school at times. This has made my life interesting and harder to live within an environment conducive to a high level of education.

I was once in a state that I could ask any question and an immediate correct answer would come to me. This was quite natural to do in this state, a state that goes beyond most teacher's teachings, beyond most isms and ideologies teachings. Any of us at any time can enter into this state. I of course recently discovered this to be a true state through the teaching's of Hinduism. Please note; I am not advocating Hinduism, it's that I have no bias of any teachings therefore I learn from all teachings. The state I was in was only the tip of the iceberg as many isms and ideologies teach. How many of us are wagging these classes, or, abusing the knowledge from these classes? And we wonder why the reality is presently where it is at!!

Posted by Mathew Naismith at 09:54 No comments: 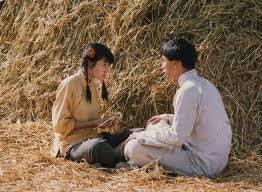 I think it's wise to look at the teacher being the observer self and the student being the participating self, one not being without the existence of the other.

Look at this reality this way, this reality is a school of numerous classes teaching numerous curriculums or topics, everything we are of is within this school. Yes, we could skip classes or school period; at no time does this exclude one of not being a part of what they have skipped.

Numerous classes can be and often are personally judged as being negative so we skip, ignore or denounce these classes, this is the student self. The teacher self observes, without judgment, that everything is of oneself no matter how much one tries to separate themselves from these negatives.

It's the student, the participating self, that desires to skip certain classes because the student is unable to see itself of being of what the class is teaching. Yes, you don't have to express what is being taught but never perceive as a student you are not of what class you have skipped, ignored.

Time is a 3rd dimensional perception, perceive beyond time and you will realise that everything has always existed which simply means, you have always been apart of everything, no matter how hard you try to separate yourself from everything you desire not to be a part of. You are always the student as the teacher, in acutely if not more so the more of the teacher you become!!
Posted by Mathew Naismith at 08:32 No comments: 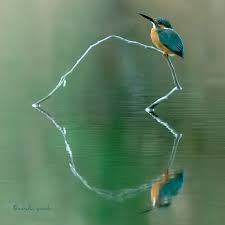 This video was presented by a person who I took under my wing to all her friends; I looked after them because they were having trouble assimilating into Australian culture, very much on their own accept for a child. They were trying to assimilate that much that they tried to assimilate into a religion they didn't understand.

Because this person was from , I gave them a book on Buddhism. It's OK to assimilate into another culture but you don't have to personally give up the culture you are conditioned to, this also means not giving up an ideology and/or philosophy you are conditioned to. Of course if the ideology and/or philosophy are in conflict with the culture you are trying to assimilate into, often compromises have to be met.

I am so proud of this person presenting such a video on genuine love to all their friends, my guidance has proven itself to be true. So often do we guide people down our own path when they have their own path to follow. Yes, be expressive of your own path, which may or may not be helpful to other people's path, but avoid leading people down your own path.

Posted by Mathew Naismith at 08:49 No comments: 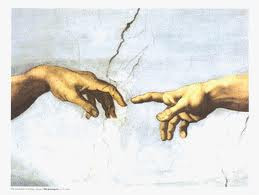 A student of wisdom was curious to know who was his teacher of wisdom and asked, "Who are you?" In reply the teacher of wisdom said," Ask yourself this question and you should receive the same answer. A true answer can only be obtained if one is void of judging a wrong or right, good or bad, negative or positive. There is no separation, only a perception of separation between the teacher and student of wisdom. It's this perception and separation between teacher and student that asks who is the teacher."......Mathew G.

How limited is a students consciousness, especially when it asks questions like who are you or even I?

We might think the teacher can never take form as form denotes limitations which the teacher is not of. Basically it's an impossibility for the teacher to take form because once form is created, this instantly denotes that the said consciousness is limited. You can't be of limited and unlimited consciousness at the same time, it has to be one or the other.

Now is judgment (ego) all this bad as it's all about separating ourselves from the teacher?

Judgment within itself isn't the problem in keeping us separated from the teacher within, it's the way we judge that keeps the teacher from within being known to the student self. Yes, the teacher is reluctant to come forth as the student (human) consciousness has not yet learnt it too is of the teacher.
Posted by Mathew Naismith at 09:55 No comments:

Student Teacher or is it Teacher Student?? 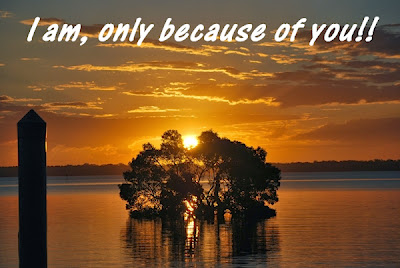 This is an interesting exchanged between me & another person in regards to The power of words.

As always, your remarks see to the heart of the matter, and your replies are spot on. I cannot thank you enuff for this; but you ARE my teacher, n'est-ce pas? And for my part I try to be a willing and humble student. It works both ways.

Yes, I can see the place where ppl come into my life for a reason; to learn something specifically I have to teach, from the unique set of circumstances conjointly shared by us. I have given this quite a bit of thought, but your words put it more clearly succinctly than I have thus far been able to articulate to myself. Thank you for your abilities in that regard.

Believe it or not you are more my teacher than I am of yours.

You ask why? A teacher is never a true teacher unless they have students to teach who are willing to listen, why are these students listening?  You are listening Charlene because you already know these answers because for one to listen one would need the understanding to why one is listening in the first place.

To put it another way, at the inner self level of understanding you know the answers to be able to listen at the human level to me, you wouldn't listen to me Charlene if you didn't know the answers already, so what am I doing here? Reminding you that's all, which also helps me to remember as well, you pose a question, as a good teacher does, & I answer it to the best of my ability. See where I am coming from, I'm really only reminding you that you are a teacher because only a good teacher knows how to get the best out of there students as you have of me.

Bless you my humble teacher.
Posted by Mathew Naismith at 11:04 No comments: