I Am All of What All Tribes Are 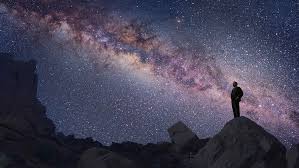 As you will notice with the following, there is a difference in consensus in if we have lost our tribal mentality or not, also, if we should retain or abandon or evolve from tribal mentalities. Should this matter to us? It should matter to all. How often is one ideology or ism seen as a separate entity to our own, a separate tribe to our own? How often does this cause conflict, for example, conflict between the tribes of atheism in relation to theism and visa-versa? I have lost count how many people have lost interest in what I am writing just because I mention atheism, religion, paganism, God, psychology, science, spiritually, etc, in my writings. Wow, so many conflicting tribes these days, probably more than ever in human history!!

What is tribe mentality?

Deyfing tribal mentality. ... By definition, a tribe is simply a form “of human social organization based on a set of smaller groups…and are defined by traditions of common descent, language, culture, and ideology” (“Tribe”).

The invaded in 2003 in order to gain a foothold in the then-closed-to-foreign-Western-companies oil industry.  After a decade of conflict, Western companies are able to search for “oil in from some of the world’s largest oil fields and reaping enormous profit” (Juhasz).  In this situation, the United States is one tribe and Iraq is another, the necessary resource is oil, and the result was indeed war—right on point with tribe mentality.

On the other hand:

A tribe is a group of people that care for each other and look out for each other no matter what. They are bonded by a strong sense of shared values, meaning, and purpose in life. ... He knew that if American society was going to persist, it needed to somehow adopt a similar tribal mentality and sense of unity.

While the tribal mentality has definite benefits in terms of establishing common ground and ensuring group survival, it is not a conscious agreement. We are born into it. Yet at a certain stage, both personally and collectively, the tribal mentality must be challenged. People can then begin to recognize the need for a personal honor code independent of the tribe. If humanity is to progress, we need to learn how to treat everyone – regardless of tribal affiliation – with honor and respect.

I thought the following was spectacular, a theist trying to educate atheists in their own group/tribe in theist teaching, mainly to dispel ignorance within certain atheistic rituals and beliefs. Make no mistake, all concepts and set criteria in accordance with a group are ritualistic to that group. Try not following certain concepts and set criteria in a group, a tribe, and see what occurs. In all honesty, many of us are as ritualistic as ever.

Good on you Heather as I am into free thinking for all, not just in line or limited to certain criteria in relation to certain tribal beliefs and rituals. If you have a belief that all claims must be proven to be fact, in accordance with certain tribal rituals only, things like DNA didn't exist until proven by a mind that still knows very little about it's own environment. The way we are destroying our own environment for starters clearly shows how ignorant and unaware we still are. What would this kind of mind know what is and isn't?

You can be as anti-theist as you like, the truth is, not many people in the past or at present would have a decent education if it wasn't for theist schools and teachings. In the past, monks are a prime example of this, of course to understand this you need to be aware of what monks were teaching. Now, how many atheistic schools, even today, are into educating people to a high degree of standards? Yes, we could be totally bias and only point out the negative things that humans as a whole are capable of but what about the positive things!!

Maybe the only reason I can see impartially like this is that I don't belong to any one tribe like atheism or theism, I am all of what all tribes are.

Let's be honest here, the tribal ritual of atheism is to deny expressions of beliefs, especially if an atheist is only of the mind that atheism is only of the ritual of disbeliefs as opposed to beliefs. However, many atheists concur that atheism is also of the belief that God doesn't exist, not just the disbelief God doesn't exist. This perception makes a huge difference in our own bias. Of course any display of bias is of futility when seeking actual truth as opposed to a desired truth. A desired truth is always based on the same level of bias expressed in accordance with what? Our own tribe!!

Posted by Mathew Naismith at 08:19 No comments: