The Problem with Clinging to Attachments-New Age 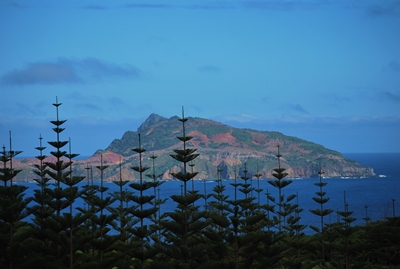 Let’ take a look at our cave man brothers & sisters, did they think the same way as we do today? Not on your nelly & compared to this new age conscious change the conscious change between cave man days & now was very small, we have entered into a massive conscious change so of course the way we think is massively going to change however that depends on if we are willing to let go of most of our attachments from the old consciousness.   It is by far not an easy thing to do to let go of fixated attachments so what attachments would they be? Any attachments one has a fixation with which means any attachment one has a hard time letting go of. So what is an example of these fixated attachments?   Of course they vary however for an example when one is still thinking that we are not equal to a figure we idolised in the past consciousness like a guru or some kind of holy man for instance or certain old conscious rituals that one feels still needs to be performed usually under some higher than holy organisation.

Let’s take another look at our cave dwelling relatives to explain this better, are we today practicing in the same exact rituals as they did back then which of course meant at times some sort of sacrifice to a God of some kind? Of course not because our modes of thought have completely changed & all we are talking about here is a minor conscious change nothing what we have just entered into, it is indeed a totally new age previously never experienced by man before except by a very few gurus & holy men which of course we idolised for a very good reason however for this new age consciousness to take full effect we need to stop looking at various people & things being more holier than ourselves & think of ourselves as we did of them which means a totally different mode of thought.

Changing Our Knowledge Thus Thought: Does this mean throwing away what has been learnt in the last consciousness because what we learn always depicts the way we are going to think which we must change? Yes most of everything must go so does that mean all the knowledge from workshops, book reading & studies have to go to allow a newer way of thinking to take place?  Anything fixated attachments hinder ones conscious expansionism which means any old conscious attachment you have a problem with throwing away or changing is a fixation however at the end of a consciousness certain people will relay to others of the knowing of such new conscious changes so not all knowledge needs to be scraped.  As I said earlier in this post some knowledge is still relevant & some we will have to adapt to fit in our newer way of thinking.

Let’s look at an example of this, Jesus for instance didn’t try to make out he was of higher self than others however that is where we put him, he never wanted to be idolised because he knew like so many other messiah’s throughout human history that he was of us as we were of him. We must also remember nothing ever stays the same in realities of time & space which also means knowledge never stays the same, at a certain specific times in certain realities the knowledge we know of seems as unquestionable fact for always like we are just physical beings or this universe is the only one in existence however we know even throughout human history facts change.  We need to look at this knowledge obtained through older consciousness’s as not being always fact as each consciousness has its own facts that we learn by at that time within certain consciousness’s.

So why doesn’t everything stay the same in realities of time & space? It’s for ever changing which gives us diversity which in turn expands our own human, soul & creative consciousness’s (God’s) consciousness thus allowing ourselves to become more knowing to ourselves, what better way but through diversity to know oneself better!!

Like I mentioned in past posts, a fixation just doesn’t refer to attachments we are fond of but to situations we have convinced ourselves at the soul level that we are only of this character/persona so if we think of ourselves as just this will live each life as just that character nothing more so our roles throughout each life will be simular, it’s not bad karma at all but fixated attachments & this is just another example in how the old consciousness of knowing has to change for the new consciousness to take effect.

“For the new to take effect the old needs to go for in this comes the rebirth of a new beginnings”….Love Mathew

Posted by Mathew Naismith at 10:25 No comments: