What Are We Manifesting? 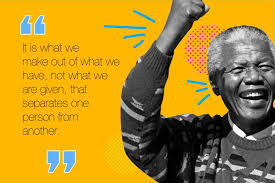 To feel good about oneself and the environment, one must first desist in feeling bad about someone else's self and their environment, otherwise all we would be doing is creating something that feels good on the back of what also feels bad. Look at it this way, if to be exceptionally positive takes an exceptional negative, wouldn't it be better if we didn't have to express an exceptional positive to denounce, overcome or escape from an exceptional negative in the first place? One begets the other; basically, one extreme creates an opposing extreme. Do we really want to create another reality built upon or created from it's opposite?

So what kind of ideological concepts has our present reality created?

Firstly, I personally don't think it's wise to build or create realities based on their opposing opposites if we really want peace and love on Earth. Basing peace and love on it's opposite is only going to continue the trend of opposing energy forces, basically creating realities that one can't exist without the other or on the back of the other.

So opposing our present conflictive reality is doing exactly what this kind of reality creates, realities primarily based on conflict. Yes, for example, the ideological concepts of light and love don't seem to be within themselves conflictive, even though this kind of ideology was created on the back of a conflictive conscious reality. However, take this kind of energy out of it's protective comforting domain, it's own reality, it fails dismally. Only within it's own domain, within it's own energy, can the ideological concepts of light and love prevail. It's exactly like taking a fish out of the water, it's reality, and put the fish in it's opposing reality, it fails dismally to exist out of the water, it's reality.

Manifesting = Provide evidence for; stand as proof of; show by one's behaviour, attitude, or external attributes or reveal its presence or make an appearance.

Ideology = An orientation that characterizes the thinking of a group or nation or an imaginary or visionary theorization.

So can we create a reality of light and love without a reality being created on the back of a conflictive reality?

Light simply means awareness and love acceptance of all of what is for what it is, this of course includes realities and the consciousness behind the creation of these realities. It's like a mother loving their child no matter what they do. Because these kinds of ideological concepts are based on disdain and an opposing energy source, it is obvious that ideological concepts, like today's light and love, is not based on awareness or a true sense of love.

A true sense of light and love thrives just as much out of it's own reality as it does in it's own reality, in certain circumstances even more because of the need of this kind of energy source within certain realities or energy flows. A mother/father can be at their best in dire times, way out of their comfort zone, we as a whole are no different. Another good example is nurses/doctors; they are at their best when out of their comfort zone, their normal reality, because that is where they are most needed. People like me are always out of our comfort zone, our own clicky (exclusive) groups and energy fields/realities, where we are most needed.

Do we really need to get out of our comfort zone, our own reality, to make a difference?

You simply cannot manifest a reality or influence a collective consciousness to change it's present reality while within your own comfort zone, your own exclusive group, change has always been manifested while within other energy flows. The reason for this is simple, a group opposing another group while within it's own reality will always be opposed, however, once within an opposing group to your own energy field, this is where one can make the biggest difference, the biggest manifestation.