Atheism-Extremist Belief System or Not? 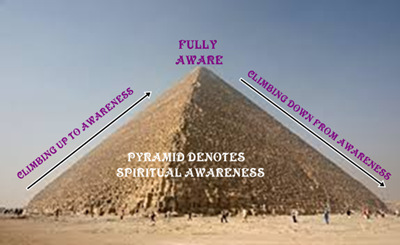 Reedited: I thought I would add another forum site link address here on this discussion, it is quite interesting on how everyone perceives atheism differently.
http://www.spiritboard.net/showflat.pl?Cat=&Board=ascension&Number=118388&part=2#Post118484

The following is from a forum site discussing atheism & spiritualism; it’s worth a look in how some atheists truly see the world sadly enough.  I was of course at my best telling it how I see it straight up & to the point.

I see reading the other posts your still Mathew bashing , well that’s OK because that is who you are when someone disagrees with you & questions your belief obviously,  this is a normal reaction in anyone with beliefs & beliefs in isms.

You don’t get it Paul, it’s the black & whites that have caused us so much conflict within the world because there is a yin & yang, atheism & religious  fundamentalism  & so on & so on, one would have to be blind not to see it & that is the problem, we only see a difference but we don’t understand the difference . Nothing is just white or black however for a better understanding of these whites & blacks within each other we need to separate them to bring them together again through understanding of what each element is made of, notice them as black & white to start with.

For an example, a female psychologist will interact with a male client differently to a female client, one is black the other white but by doing this from the start she can delve into the black & whites of the said person a lot better than if she from the start couldn’t see them as just black & white male & female to start with, comparing atheism to religious fundamentalism is exactly the same in identifying them as black & white to start with & then from this one is able to see their similarities & dissimilarities, black & whites within each other.

It would seem to you there is no black & white which leads to ignorance & misunderstanding because by not seeing them as black & white from the start you have no hope in hell in going on to understanding them & then & only then can one bring them together. This is exactly like some spiritually aware people do these days, they only see the ego & judgment as negative & by doing so misunderstand & miss it’s positive purposes in human life. We are told to rid ourselves of these so called profanities from the start but to reach true awareness spiritually & subconsciously one needs to understand the differences of the black & whites of these things first & once we do this the ego & judgment automatically become less of a threat to us as they become null & void after a while but you can’t force this like so many are doing before you understand the negative & positive attributes of these black & whites in everyday human life. We are not born divine we need to rediscover the divine within us to understand it’s purpose within life itself.

I won’t converse with you again Paul for a number of reasons.

Why are most atheists also dogmatic with their views towards people like Jesus, Buddha & so on & so on as they obviously existed?  Yes I know people can be delusional but come on!! I would like to add that scientists have proven it to be psychologically beneficial to perform in certain religious rituals even when singing hymns so even though I’m not religious myself religion (theism) still has it’s place in society but of course an atheist probably wouldn’t or couldn’t see this because of their beliefs but people like me can.

“Extremism has no balance”…Love Mathew