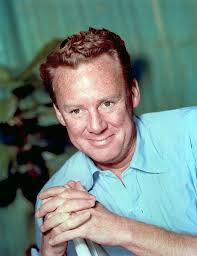 If your not into believing that life after death exists and that you can communicate with these entities, you probably won't be interested  in the following post. This post was brought about by a communication I had, in my dreams, with an actor of the name of Van Johnson. Van Johnson has appeared in my dreams before, it was good to have a more in-depth chat with him this time.

Van Johnson stated that night and day give us false perceptions, the perception of night and day influences us to believe darkness exists when it doesn't. This to me makes sense, when you go outside of the Earth into space within our solar system, there is no night and day, this is due to their being only light which emanates from the sun.

This isn't exactly what Van Johnson is saying here though but it does give us a perception of there being no true existence of darkness, it's only a delusion brought on by the suns light being obscured by Earth itself in rotation.

What Van Johnson seems to be saying is, a true form of darkness doesn't exist period, even after our demise. Some people experience a bright light at the end of a tunnel surrounded by darkness  after their demise, even this darkness surrounding this tunnel is a delusion.

According to Van Johnson, the perception of darkness represents an unawareness, an obscurity of a natural awareness that we all have from our point of creation. When we exist in realities influenced of night and day, we naturally get the perception of an unknown which is represented by the darkness we experience.