The Demise of a Mother 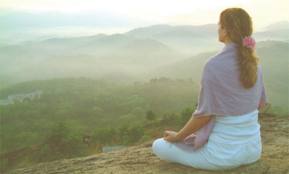 The topic for this post is in relation to my mother who has recently passed on, what was most interesting is the way my mother past on and my involvement in her passing. Don't get the wrong idea, I didn't physically or even mentally help my mother pass on or over, you could say I spiritually helped my mother pass on.

You could also say this is a personal matter, I shouldn't be writing about this especially so soon. In no way is anything we do personal, yes, any consciousness that is unaware will presume we have a personal life, this is mainly due to such consciousness not being aware of any other life existence to any great extent but what influences them personally. Our own personal existence deludes us to think we have a personal life, a separate life that is unknown to all other life existences, however, people like myself know better. There is no such thing as separatism, meaning, everything of consciousness is connected. It's funny how realities of time can delude us to think we have separate personal lives.

If I was to think that I have a personal life, everything that has gone on prior to my mum's demise would traumatise me, probably for the rest of my life. It's been a very rocky road, meaning, life has been anything but pleasant within my immediate family, this was mostly due to a singular person having destructive influences over a number of my family members. To make things worse, this destructive mentality assisted in my mum's demise in a grueling way, it was by no way easy sitting back only being able to observe what was going on. However, in the end I stood directly behind my uncle who died at 13 years of age waiting for my mother to cross over, basically, enticing my mother to ignore her fears and grievances so my mother can make the final journey and pass on/over.

My mother had a tunnel in front of her that was blocked by a roaring train that then turned into a large snake. My mother was extensively influenced by a person who instilled fear in my mother for a great number of years of her life. This instilled fear in the end made my mum's final day quite harrowing, it's wise to be aware of this. Just be aware of how your own environment is influencing you.

My mother in her final days also pictured me floating about in thin air, she asked me what I was doing floating about like that. It wasn't what my mother said, it's how she said it, it was like she had already crossed over with no regrets or trauma of any kind at that exact point.

We of course could say, neurologically, that my mother was having delusional episodes due to the lack of blood to the brain cells for example. Indeed this would be correct if our minds were only our physical brains but there not. When the physical brain dies, the mind no longer thinks in terms of physicality, it basically goes back to the way the mind was before it became the physical brain. We can however experience delusional episodes while the mind changes from a physical state back to a non-physical state, this is due to the transitional experience from one kind of thinking to another. Not every consciousness completes this transition either, ghosts are a good example of the mind wanting to stay with the thinking modes of the physical brain. However, don't think that everything a dying person says is just ramblings brought on by delusional episodes, it's all to do with the way they express themselves.

All I am saying is be aware of how your environment is conditioning you, this in the end will help your transition to run a lot more smoothly and peacefully. If you learn from your environment, instead of allowing your environment to condition you, your own transition should be smooth and peaceful. One more thing, let the mind transition into a non-physical existence, just let go of all that is of physicality, this is unless you have a preoccupation with all that is physical, it's really up to you in the end......
Posted by Mathew Naismith at 08:41 No comments: