If we existed in a holistic collective perceived reality, the opposite would have to occur to reach a balanced state. More of an individual mind would be needed to be expressed to create a balanced reality but within the very present we don't need to do this, quite the opposite actually. In actuality, we need to express more of the collective mind, the Eastern mind of holistic perceptions, to balance out the present perceived reality. Of course the Western mind being what it is, about the individual self over and above all else, we do the opposite which creates even more imbalances.

As of any well balanced relationship, only peace and tranquillity can exist.....

If you comprehend and understand what is written here, it is most likely you are of the Eastern mind as well, even when being of and existing in a Western culture.

Some people will find the following video quite interesting.

Persona of the Soul 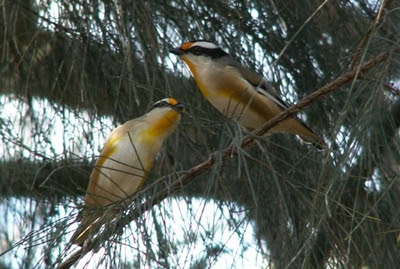 Building Upon the Souls Persona: Human persona comes from our parents & the stars we are born under also the experiences we have through life, all this is character building & no one character or persona is the same as anyone else’s  as our parents & experiences are different even if born under the same stars. Souls don’t have parents & born under certain stars they are the stars so how are soul persona’s simular to human persona’s or have a persona at all? Our souls where created by a creator so for starters we have a parent/creator & of course for this creator to create it didn’t need two energy forces to create like we do as humans but one so one parent all souls have.  For being born under the stars we are the ones who created the stars through diversity as the best way to learn & expand one’s consciousness is through diversity as for experience we get plenty of that through the many lives we live over time so in actual fact there is very little difference between how our human & soul selves build character /persona.

At the point of the creation of our souls we are an individual part of our parent with a part of our creator’s persona, this is our soul’s core before we take on attachments & create in our own right which further builds upon our persona & character.  At this point before taking on a physical or non-physical existence of attachments we only have what our creator/parent has given us but as soon as we start building/creating the stars to help us experience by we start to build upon our persona even more & the more creative & diverse we are the more individual our soul’s persona becomes.  Now consider how diverse every human life is, every life a soul experiences again adds to how individual the souls persona is going to be, it’s vast & varied.

DNA Influence: The main building block for our soul’s persona is experience & the attachments the soul will attach itself to from live to life. This is very similar to how a persona of a human is formed, we start off with our parents persona to some degree through DNA & the stars we are born under give us the rest but at the end of most people’s lives their persona will be somewhat different to what they are born with, the soul’s persona is no different because it’s the experiences of many lives that builds upon the personas of both human & souls.  What helps builds upon this persona/character isn’t just experiences but attachments as well & yes just like in human life our souls do accumulate attachments, how many souls  live around the same people life after life? Our souls have become attached to other souls however not all souls have attachments or the same attachments as no one soul is exactly alike just like no human is exactly alike. This again comes down to learning by diversity.
Let’s take a look at the point of creation of both the soul & humans, the parents DNA influences the character of the any said person however the creator itself when creating souls doesn’t have this DNA strain to pass on a part of its character/persona or does it?? Again we must remember what is above is also below, yes of course it has something like a DNA strain to pass on however just like our parents no one soul will have the exact same DNA strain, in other words from the creation of our souls no soul is created exactly the same & this is what has given us diversity which we learn from.  Each soul is individual just like humans are to each other!!

Each soul has its own persona just like humans. The most beautiful thing to experience in the world is knowing of your souls persona which has taken many lifetimes to develop in some cases, this is our true selves I believe & should be sort out when possible.  Once we become aware on the soul level instead of just on the human level all our lives we have lived will seem to be as one & far less traumatic, it’s as if a veil has come off & now you can see more clearly of what everything is all about.
Posted by Mathew Naismith at 11:03 No comments: