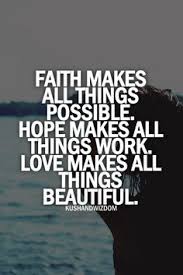 There is a lot of frustration out there in regards to peace, it's so daunting for people like me observing people in distress on relation to peace, will human consciousness ever holistically be at peace? This question isn't actually appropriate because our present perception is based on our present circumstances which is anything but peaceful. Basically, for every hundred people manifesting for peace, you have a thousand other people manifesting for unrest. For starters, literally millions of people within this reality live off of unrest, it's certainly a strange reality were people live off of unrest!! On top of this, you have groups of people and even whole country of people who will do anything to force there way of existing onto others, peace seems utterly hopeless. When you also consider that restless/unhappy people spend more money, you start to realise how many people rely on an unrestful/unsettled existence.

It's indeed a strange existence, it's seemingly the only way human consciousness know how to exist, this of course isn't true and this is the point to focus on.

For a consciousness to create unrest, would also have to be of unrest!!

Black and White Mentality: I wrote the following just recently.

Strangely enough, a positive judging a negative less worthy than itself.

Why then judge a positive and a negative?

Wouldn't life be simpler and more peaceful if we didn't?

I don't judge myself as being positive or negative these day because I know that such a mentality is based on a judged unworthy, I also know it's based on a particular perception, being that no perception is flawless.

The answer to changing the human journey is to change the path of each of us to something more peaceful. Change the path, you change the way the journey is being experienced, however, has anyone got the right to change, especially forcefully, other people's paths? The answer is of course no but we can influence people to change their path by giving these people a choice of paths. This is of course done by displaying your own path to others so they may now know they have a choice, in the end however, a person has a right to choose or stay with an unsettled path. If in the end this means human consciousness/journey is to stay unsettled in any sense, so be it. This is exactly why no so called true higher consciousness will interfere with the human journey, it has no right, only untrue consciousness's will do this, it's good to be wised up to this.

Any real change to the human  journey itself, must be made by or through a human, this is why it's a good idea to perceive beyond human perceptions. To begin, try not to become too fixated to human ideologies or practices and know when to move or evolve on from these ideologies and practices. Also, move away from the, very human, mentality of black and white, all this mentality does is add to the unrest.
Posted by Mathew Naismith at 17:49 2 comments: 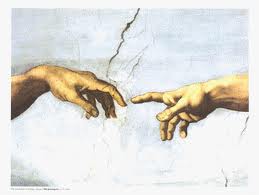 The importance of religions, ideologies and paths to the human psyche is quite apparent as human history plainly shows, after all, most of our history is made up from such attachments.

Recently I had a person state that their religion (ideology)  isn't an ideology, it's a path, of course if it's not an ideology it's also not a religion. Buddhism is certainly a religion, it has doctrines and belief systems that define what Buddhism is about, without such guidelines, the human psyche would have nothing to attach itself to.  Basically,  the human psyche represents the ego in some way, in a true sense, the ego is unable to attach itself or comprehend an ideology without labels. For starters Buddhism, like any religion, has a label, Buddhism is obviously of the ego for the ego created it.

It would seem the human psyche needs the ego to comprehend anything, to do this of course entails the ego to attach labels on anything it wishes to comprehend. Of course the ego goes further than this when an attachment occurs to such labels, with such labels in this case, doctrines and concepts are formed, basically making such ideologies the be and end all. One example is to state that God doesn't exist in any sense, of course not all Buddhists conform to this doctrine, such Buddhists are able to perceive that everything has come from one source that a lot of religions call God. In a sense, there is a God in one source but not as in a deity of any kind for all of what is, is of this one source.

You also have religions that have more than one God and Goddesses, Buddhism see this as an attachment to the ego, in doing so, looks upon it's own ideology as being more correct in some way above these other religions. Having to have a label to follow is ego, to express it's own ideology (path) as being more correct in any sense is even more of an ego. I should point out that not all Buddhists express themselves in this way, there is no need for all has it's place within this one source for it is of this one source no matter how it expresses itself.

I've noticed that certain Buddhists and Christians also talk down Hinduism when Hindus can choose to be polytheistic, pantheistic, monotheistic, monistic, agnostic, atheistic or humanist. Hindus don't have to be governed by strict doctrines or barriers that stop a Hindu from perceiving beyond normal human perception, all ideological concepts and beliefs are obviously accepted within Hinduism. In a sense, Hinduism seems to represent all of existence, being the oldest surviving religions probably says it all.  Don't get me wrong here, I'm not advocating Hinduism over  and above all other ideologies, I'm just stating that Hinduism seems to have no doctrines and barriers that other religions have taken on. Think on this, advocating there is only one God period or that God doesn't exist in any sense, is the ego setting up barriers when consciousness itself has no such barriers. Consciousness itself isn't limited to certain perception of one kind or another,  it's boundless for it has no controlling ego telling this consciousness what and what not to perceive.

I love synchronicity. I recently experienced  a state of just being, there was no labels therefore no ideologies or paths or past and future, only the present of just being.  Within this state, there was interaction of individual forms and energy sources but not in the same sense as in our state of consciousness. Within this state, there was just being for no purpose or intention which gave this state a sense of serenity. The reason for this serenity was obvious to me, labels, ideologies, paths and the perception of a past and future gives consciousness more motion, as soon as we give any energy form more motion, the less serene it becomes.

In our case, we have ideologies or paths that are non-conducive to other ideologies and paths, the more motion we express within our fixation of our  own ideologies, the more unstable we make consciousness. This instability will of course cause us trauma and chaos.!!
Posted by Mathew Naismith at 09:10 No comments: