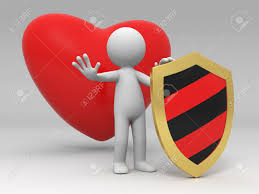 Possession: Predominantly living by the five senses, leaves us open to all sorts of external forces, even demonic. Now demonic isn't just in reference to demon looking creatures either, demonic actually means, 'Extremely evil or cruel; expressive of cruelty or befitting hell". We didn't have a true sense of love for a God or deity for no reason, also, God's and deities gave us an awareness and a connectedness to a more aware and wise consciousness than man's consciousness. We actually protect ourselves against these destructive influences less than we ever have throughout human history. The more predominantly we live by the five sense alone, the more destruction and depravity we will witness.

When the churches become more about opulence and the power of the church than the love of a God or deity, what occurred? The religious Dark Ages come to mind for starters. Today we have CEO's like Nestle CEO Peter Brabeck-Letmathe literally taking water from African mouths and all they can say is, Water required for drinking and basic hygiene is a human right; that's 1.5% of global water withdrawal. I am not of the opinion that the other 98.5% is a human right." Where the water is taken from in by Nestles, the people of that region no longer have a clean source of water!!

T. Boone Pickens, a water speculator and billionaire, stated, "There are people who will buy the water when they need it. And the people who have the water want to sell it. That's the blood and guts of the thing." It would seem it doesn't matter where the water is taken from and who dies from the lack of water so that certain people can become and stay billionaires. If you haven't got a clean reliable water source, you are living in a hellish environment. We are only talking about water here, this is but the tip of the iceberg from these obvious cold-hearted cruel people. This isn't judgment, this is clear cut observation, an awareness.

Now the question is, why are these people bringing hell upon the Earth and all it's inhabitants? For pure profit and control no matter what the cost. What actually entices them to do such a demonic thing? Possession, the offshoot of being possessed by profit and control is but the effect of the cause of the effect, they are, to me, possessed by external forces (cause) because they predominantly live by the five senses. There seems to be no love but the love of money and control (power), this of course isn't a true sense of love but a desire (lust) which brings us to the next topic of this post.

Lust (Desire): I certainly believe that by living predominantly by the five senses, in other word a controlling ego, that this can indeed leave us open to be possessed by external sources. Now what I mean by external sources is just that, we have the inner self  and the outer, the outer self is external to our true being. The outer self is also the only part of ourselves that is able to be possessed as inner self always stays pure from external influences, this is because it's shielded by a true sense of love where the outer self can be left un-shielded against external influences. The inner self being the spirit within all things.

Once a consciousness becomes predominantly of the five senses, it automatically becomes of lust and desire thus negating any influence this inner love will have upon a consciousness.

In all, it would seem a lot of us have stopped shielding ourselves against external influences that will quite automatically influence us to become demonic/cruel and very uncaring about anything but the lust of things. Once our external selves let down the shield protecting us against these external sources of influence, we become the influence itself thus forgetting who we really are. We have forgotten we are of the infinite and have forgotten that the finite is but an external creation as all creations are. The finite is known by many to be just an illusion, I don't myself totally concur with this!!
Posted by Mathew Naismith at 09:43 No comments:

Spirituality and the Push and Pull effect 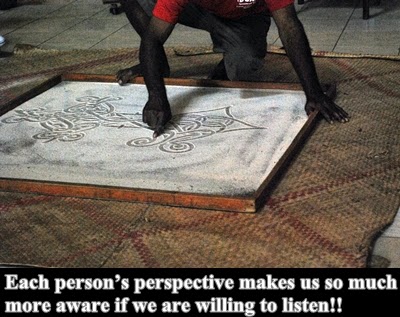 I had quite an interesting exchange with another person regarding my last post titled Love, lust and unconditional love. This person brought up a different perspective of the push and pull effect which I feel is similar to cause & effect, action reaction concept.  To me this person made so much sense so I thought I would share our exchange and this person’s perspective with all my readers.

Me
Very well conversed +Eddie Lau, a very different perspective on this subject, thank you.

You could say to pull/push is of the creation of desire/lust.﻿

Eddie
Mathew Naismith pull/push is desire/hatred﻿, they are indeed two sides of a coin.﻿

Mathew
Eddie Lau, lust seems like a fixated attachment, once we release ourselves of these fixations we are indeed free from the push/pull effect which is what I think causes an existence to become chaotic, it makes perfect sense. ﻿

Eddie
Everything including lusts formed/solidified when there is an owner to claim them thinking they must be belonging to oneself out of delusions.﻿

The moment we are free from any movement that creates resistance with the nature, no formation can ever create. Therefore everything is free without movement any perception of movement within the boundless space is delusion/illusion.﻿

It is petty and pity to own something or everything within the nature for the sustenance of our happiness and existence not knowing we are already one with the nature of abundance when we own nothing including ourselves.﻿

Mathew
Eddie Lau, once we realise we don't own anything including our thoughts, we are truly free from our own bondage's of this push & pull effect.

Our attachments to ownership causes us to rely on this bondage to be happy, it's sad.

Most people aren't aware, once you release yourself from this bondage you don't have to look or try to buy happiness, it comes quite automatically.

I'm glad you made me aware of this push & pull effect Eddie, it makes so much sense to me.

This discussion is still in progress however to keep the post to a reasonable length I’m stopping it here.
Posted by Mathew Naismith at 10:55 No comments: 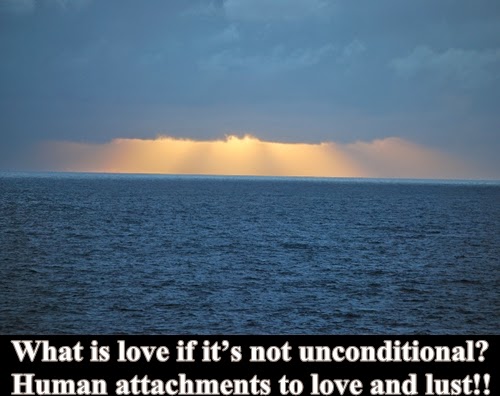 I came across a discussion recently about love, lust and unconditional love; I thought I would post and share this on my blog.  Is love needed to create lust and can lust exist without love? How does unconditional love come into all this?

It would seem psychology puts them in the same basket, lust being created from love however love obviously doesn’t always create lust but it does create attachments.

I should point out, I don’t know how we are getting love & lust mixed up with unconditional love, most partners have conditions.