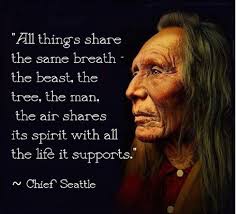 Consciousness can be expressed in infinite ways, look at how differently expressive we are to each other and this is just in a physical reality, what about how different consciousness is beyond physical realities, it's seemingly insurmountable for us to perceive. This to me is due to physicality stopping us from perceiving beyond certain fixed boundaries,  in other words physicality has made it difficult to perceive past physical realities, this isn't done by accident though, there is a purpose to this as there is of everything of what consciousness is.

There are certain states of conscious awareness one can get into that shows everything we are and everything we are able to be expressive of,  this includes the infinite ways we can exist. In this state, we realise we are of everything of what consciousness is either it be expressive of motion or of motionless, either it be of physicality or of something else, this is a true state of oneness. This is all due to not separating motion from motionless, physicality from spirituality which is in reference to a non-physical form or a formless existence. Is true oneness separating one part of consciousness from the other?  No, true oneness is the realisation that everything of consciousness is just that, it's of one consciousness no matter how it's expressed.

A lot of us would like to think this oneness is a state of motionlessness, a total harmonious state of stillness, however, how can we  be in total oneness when we  exclude certain parts of how consciousness is expressed? Yes we can judge what is and what isn't an illusion, this allows us to judge what true oneness is or isn't. What we are not getting away from here is judgement, judging something an illusion is judging a wrong as opposed to a right way to exist when there is no true right or wrong way to exist in the first place. Yes, we can observe what's a wrong way to exist, this is usually a destructive chaotic existence as opposed to  harmonious constructive existence but what are we expressive of here when judging this so?  Physicality,  physicality refers to satisfaction of physical drives and appetites, it serves us to perceive what is and isn't an illusion and what is a true oneness state.

What happens to us when we experience an OBE, are we not, at the same exact moment, expressive of physical and non-physical form?  When we remember an OBE, we are aware at the physical mind level and the spiritual mind level in that present moment.

We are all expressive of OBE's, in other words everyone experiences OBE's so why don't we remember them? Physicality, our physical minds are unable to remember such experiences because we are only fixated to our  satisfaction of physical drives and appetites in one way or another. This means we are unable to perceive being able to be in form and in a formless state in the same exact moment. When you look down at your own body (form) while experiencing an OBE, you are at that exact same moment expressive of form and of formlessness. OBE's to me quite clearly show that we can be expressive of form and formlessness at the same moment, this also shows that consciousness is only in a true oneness state when it's also expressive of all of what it is. This of course takes this consciousness to be expressive of motion and motionless states at the same exact present moment.

So why don't we all become aware of our own observations? This is simple, would we be as expressive of consciousness if we were aware of our own observations?  Our own awareness would influence the way we express such consciousness taking away any true oneness of this consciousness, we are, in our present awareness, a true expression of oneness. This is very hard for us to perceive as it's hard for us to perceive being in form and in a formless state at the same exact moment.

It is quite obvious we are supposed to become aware, this too is but another expression of consciousness that makes consciousness itself of a true oneness state.
Posted by Mathew Naismith at 10:16 No comments: