Assisting a Consciousness in Trauma 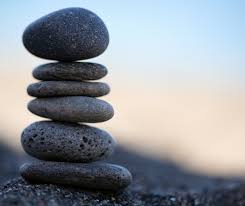 Psychotherapists/psychiatrists will not try to bring a patient back to reality straight up, for it is most likely that the real reality caused trauma to the person in the first place. The last thing you want to do is cause more trauma but at the same time gradually bring the person back to the real reality that caused them trauma. As you could imagine, this can take some time to do as bringing a person back to real reality is accomplished through various stages.

What do a lot of spiritually aware people do? They escape the present reality by creating their own reality. There are a lot of spiritually aware people who have created another reality for themselves to save themselves from further trauma, this is highly psychologically/spiritually constructive to the collective consciousness. However, it is not constructive to the collective consciousness when, while existing in the present reality, we totally ignore everything we deem to be negative, or, totally ignore everything that creates more traumas for ourselves personally. This is like a mentally ill person creating a reality that is highly destructive, either to themselves and/or everybody else. Simply staying ignorant to what has caused the trauma in the first place, is simply not going to help the collective consciousness, in actuality quite the opposite as is being presently proven.

As for materialists and atheists, what is their trauma?  The trauma of there possibly being more than what they can perceive making their own ideologies and beliefs illusionary and deceitful. Also, the trauma of religion taking over again thus inflicting more trauma on the rest of the world. I don't think we would have been any better off if we where all atheists or materialists from the word go, in actuality history tells us we could have been worse off.

A psychotherapist/psychiatrist will bring a mentally ill person back to real reality through stages, eventually allowing the patient to hopefully exist within the present reality, not a made up reality. So many spiritually aware people have done just this through different and various spiritual techniques, brought themselves back to the present reality without the feeling of being traumatised by the present reality. Yes of course, as a lot of spiritually aware people believe, everything physical and of the ego is an illusion!! As soon as someone expresses themselves in this way, I know where they are coming from.

An extreme reaction to trauma is to ignore what has caused the trauma by any means. Excessive expressions of positivity and creating illusions that everything that causes us trauma is an illusion, is of the same mentality of a mentally ill person in trauma, a person trying to escape their present reality, their present state of mind. A mentally balanced approach that is often orchestrated in psychotherapy, is to not put yourself into a state of mind of extreme reaction to trauma, but into a state of mind that is more passive and constructive and less illusionary and extreme in nature. The universe is simply a reflection of a far more aware and wiser consciousness, not simply and categorically an illusion or negative/toxic, point blank.

I really hope this helps some people, even though what I have written here is of my own mind.

Posted by Mathew Naismith at 08:55 No comments: