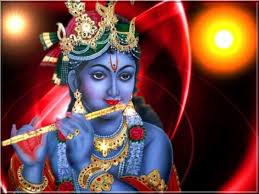 Are negative people untrue where positive people are true? This would be like saying that people who have experienced and suffered extreme trauma are untrue people, while the people who have not suffered trauma are true people. All traumas have some kind of negative affect to them, this doesn't mean that all the people who have suffered from traumas are untrue, in actuality quite the opposite. You are simply being what the trauma has created. Even if you are still suffering from the trauma instead of learning from the trauma, you are still a true person in relation to the trauma experienced. An untrue person would simply try to make out that they are positive when in actuality they are still suffering. How many suicide victims seem happy but are in fact suffering big time. When you are untrue to yourself, you are untrue to everyone else.

Now, how many people are suffering in relation to what is going on in the world at present? This is while we seem positive only because we avoid the negatives as much as possible. So avoiding the negatives in the world to be positive will instantly make the negatives simply vanish? In all honesty, all this has created in past history is more of the same. In truth, being untrue to ourselves in this way simply encourages the very same negatives we are trying to avoid to flourish even more so, thus in turn creating an untrue reality.

In all honesty, being positive or negative takes a huge amount of energy to obtain and sustain, especially in a critically judged negative reality. How many people are suffering even more so when we ignore the negatives to be positive? That is a huge waste of energy through simple neglect and abuse of energy. The trick in dealing with negatives to be positive, is to stop suffering from the negatives by seeing them as a negative to avoid to be positive. Instead, learn to not judge what is and isn't negative and positive, therefore, what is and isn't true or of a true person.

So what makes a true person? A person who is primarily honest with themselves. If you are suffering from trauma either collectively or individually, let it be what it actually is instead of what you desire it to be. Try to do this in the absence of positive and negative judgment. When you do this, start to learn from your experiences instead of suffering from your experiences. Simply being aware of this will certainly start you on the way of being of self-honesty, therefore a truer person to yourself and others around you.

So how do you attract people who are truer to themselves and others? Being in the presence of self-honesty, while in the absence of negatives and positives, will instantly have an affect on the people who are not of self-honesty around you. Self-dishonesty or being untrue cannot exist within the same immediate space as self-honesty, expressions of self-honesty simply disperses dishonesty thus allowing self-honesty, truer people, the space to flourish in. It is not that you are attracting truer people exactly; it is that you have more space in your life for self-honest people to flourish and express themselves freely in. See it as closing one door thus allowing another door to open. One door, one reality, has to close for another reality, another door, to open.

"Who are the people that positive
people can help the most?

What people are often avoided the
most by positive people?

In all honesty,
how positive is this really?

Only in the absence of positives and
negatives can the neediest be attended to!!"

Posted by Mathew Naismith at 09:19 No comments: