The Giving of Lotus Flowers 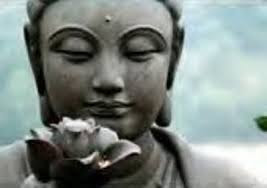 I had a part dream part vision of giving lotus flowers to a young girl who seemed to have expressed a true sense of unconditional love. I was in a half stupor when I had this vision, part of the vision seemed to have been part of an actual dream.

A young girl of about 9-10 years old approached me, she expressed a true sense of unconditional love. I then opened up my right palm to her and a pink lotus flower sprang/grew from my palm, I offered this flower to this little girl. I then opened up my left palm and a white lotus flower sprang/grew from my palm, I also offered this flower to the little girl, that was the end of the vision. I've never experienced anything like this before, the lotus flowers were sprouting from my palms as if it was natural to do so. At the point of offering the flowers to the girl, I was awake by then even though I was in a stupor, a half state of consciousness.

I am at present still sprouting the lotus flowers from my palms in offering to the girl. Actually, in offering is interesting because this means giving a gift or contribution which is exactly how I felt when I sprouted these flowers from my palms. It was a gift to the girl for being unconditional in one's love, it was also a contribution to this little girl to further her enlightenment. It's of course to do with furthering my enlightenment/awakening......

My friend and spiritual colleague Glenys, interpreted my dream/vision as follow.

Because I am not well read or educated in this matter, I did a bit of research myself and the following came to being.

http://www.lotusflowermeaning.net/white.php
Extract: In Buddhism the different colors of the lotus are associated with different stages of the spiritual journey. For instance a Lotus of blue symbolizing someone who has started their spiritual journey behind by leaving the concept of ‘self’ behind. The pink is the one reserved for enlightenment of the highest order and is associated with the highest deity, the Buddha.
The white lotus flower on the other hand sits at a stage between these two and is associated with the state of bodhi; that of becoming awakened to the wonders of it all.

In the religion of Hinduism the white lotus flower is associated with beauty and the state of non-attachment; therefore it is closer related to its meaning in Buddhism as opposed to Egyptology (where the Lotus, usually the blue one, is associated with re-birth and the Sun). Furthermore the white lotus flower symbolism is often associated with the divine Gods and Goddesses of India, and it is often depicted as growing from the naval of Vishnu; Brahma sits on top of the Lotus and from there He carries out the order of Vishnu to create the world.

http://www.lotusflowermeaning.net/pink.php
Extract: One of the reasons that lotus flowers are considered so sacred is due to their daily cycle, they emerge slowly from dirty, muddy ponds over a period of a few days, and open all in the morning, and close their petals in the late afternoon. Despite, emerging from such a muddy and dirty environment, the lotus flower remains clean; and not only this it is beautiful.
Many civilizations have therefore associated the lotus flower with rebirth and especially in Buddhism with purity.
The state that the pink lotus flower is in is also representative of the state that a person is going through and the flower represents ones heart; when the flower is a just a bud it is synonymous with a closed in person who is yet to step up other way of spirituality.

I don't usually get into different interpretations from various ideologies and isms, for me, no ideology or ism truly tells us who we are, actually they can often hinder us to evolve further from these ideologies and isms. We can become too attached to them and stagnate our own consciousness within this attachment, however, as I have expressed here, each ideology and ism is a stepping stone if used correctly void of fixated emotional attachments. Today, I am still using these ideologies and isms as a very useful stepping stone that will, for me, go beyond these humanistic perceptions in the end.
Posted by Mathew Naismith at 09:25 No comments: