In Hope or despair?? 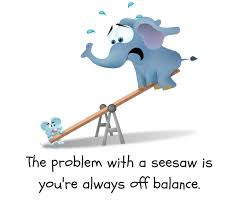 Indeed, many people today are disheartened, discouraged and/or less hopeful of the future of humanity, humanity, to more and more people, seems to be descending into its own demise, its own end.

It's important not to discount atheists feeling like this, in actuality they can feel just as much if not more disheartenment than anyone else of any other ideology or ism. The atheist dilemma is seeing that ideologies that promise the world or deliverance, deliver very little, in fact deliver quite the opposite. If the ideology of love and light is so powerful void of lifting a finger, why are things noticeably getting worse instead of better in the world? Understanding about a true sense of unconditional love and acceptance myself, that is beyond 3rd dimension aspects, the ideology of love and light should work in this way but its not, quite the opposite is occurring.

It seems that the 3rd dimension is going to hell; there is no hope, only despair!!

Once you become wealthy, does this mean poor people no longer exist? So once you become more aware, does this mean a consciousness being less aware no longer exists?  It simply means your own conscious perceptions have become more aware, this doesn't negate all other kinds of awareness; only within your own perceptions can this be so.

Are ideologies like love and light supposed to influence man's 3rd dimensional reality?

The main consensuses is that, on a personal level, we are suppose to go onto a 5th dimension, in truth, it's a separation from one level of consciousness from another, from a toxic (negative) vibration to something far more positive.

If you know your human history, you will know that we are playing out the same cycle over and over again; we are simply not evolving from this cycle as I am sure we are meant to do. If we were not meant to, why have a perception of God, giving us a perception outside 3rd dimensional aspects? Why have so many other consciousnesses that exemplified a consciousness outside of 3rd dimensional aspects?

As quantum physics is proving, we are simply not just of 3rd dimensional aspects and we are indeed meant to evolve from this as a collective.

Note: These words are my own so please don't take them to heart, they simply reflect my own reflections and experiences.

Posted by Mathew Naismith at 09:53 No comments: