Yogis and the Soul 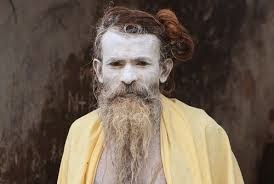 Yogis in this instance is also in reference to shamans, sages, soothsayers or anybody who is focused on our true essence self and not on human perceptions and desires.  These people have a gift to be able to go beyond human perceptions and desires and the longer they live like this, the more connected they become to our true essence self, our inner self or God’s consciousness.

This might seem far fetch but many of us are yogis in the sense. I was recently reading the article in the below link and in one part of this article, it said this world/plain/reality was  full of yogi type people, in other words they were people who were well connected to the true essence of the self, where did these people go? Actually they didn’t go anywhere, they are still right here in this plain living in ignorance to one extent or another of themselves. Many people on Earth are reincarnated from these yogis and once a yogi always a yogi. So how come we are not all practicing yogis?  This is due to human perceptions and desires and a wanting, at the soul level, to become enlightened at the collective level.

By the way, the following link is certainly worth following up.
http://theoryofsouls.wordpress.com/2014/08/27/chapter-2-books-on-yogis/

Once we become enlightened at the individual level, I feel we have chosen at the soul level to become enlightened at the collective level which is somewhat a lot more trickier. The main reason for this is it will take a lot longer and the longer it takes, the more of a chance we will entirely give in to human perceptions and desires like Buddha and Jesus could have.  To help us understand what we are doing at the soul level, we need to perceive Buddha and Jesus as being a collective, a reprehensive of the human collective. Now try to understand the trials and tribulation they had to go through to become enlightened, the traumas they needed to experience, now look at the human collective, is what this collective going through any different?  Actually it’s no different, we are at the collective level all seeking enlightenment through the same trials and tribulation that people like Buddha and Jesus experienced.

I’m probably going to be hung for this. There is a drawback to this, we can fail in becoming enlightened at the collective level just like Jesus and Buddha could have so why do this? Well in actual fact we don’t have to do this, if one person has become truly enlightened in this plain, this consciousness, we all have, we really don’t have to take such a risk at the human level and continue to suffer as we do. At the soul level, we have chosen to become enlightened as a collective which will take a huge effort to get through to an enlightened state, we actually don’t have to go through with this if there is a chance that we might not make it. Not making it to enlightenment at the human level will be devastating to the human species as it would have been to Buddha or Jesus but is it a risk we need to take? People like Buddha and Jesus have already done this for us; we don’t have to try to become enlightened at the collective level.

Focus on people like Buddha and Jesus (yogis) however don’t idolise them, focus on their mentality, on the way they focused on our truer essence selves without hindrance from human perceptions and desires.  To do this you don’t have to be actually with them or in direct contact with them in any way, just focus on what they focused on mentally and become focused on this. If it makes one feel better, focus on a living yogis but never idolise them. Like when I lived a life in ancient Egyptian time, we were in direct contact with what most Egyptian people thought of as God’s but we never idolised them as such and we became enlightened through our contact with them.  The reason we don’t idolise them is all we would be doing is idolising ourselves, this kind of action of course is egotistical and egotism only enhances our ignorance.

Please don’t take this seriously, it’s just from a perception I have had recently but it’s certainly worth mentioning.
Posted by Mathew Naismith at 09:23 3 comments: