Demonic Possession of a Collective Consciousness!! 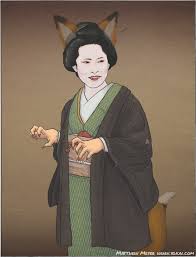 How ridiculous is it to even consider writing about demonic possessions, especially of a collective consciousness.

Consider this, how many people in the world today are possessed or obsessed with materialism, where materialism even comes before the love of their family members? In truth, material wealth and power even comes before the health of the environment we rely on for our existence. To someone like me, this is astounding that such a self-proclaimed intelligent species could act in such a way.

To be of a demonic or evil energy force, such a consciousness needs to live in ignorance and the more ignorant the consciousness is, the more demonic or abusive this kind of consciousness will be upon other energy forms. Considering that a lot of the elite of today live off of sick dying people, or, people they have enslaved to the current system through dept, it is obvious to people like me that the collective human consciousness is indeed influenced and controlled by demonic or abusive energy forms. Demonic to someone like me simply means a consciousness that is highly abusive to energy period. Indeed, how many of us are possessed or obsessed at present, to the extent of accepting that other people in power make other people sick to live off of? When it gets to this stage of the evolution of a consciousness, where the people being abused accept being abused in almost every way, there is only one way this kind of collective consciousness can go.

I recently watched a classic movie with Gregory Peck playing the main part in the movie Mirage. In one seen they looked down upon the people as being like ants or cattle, to be used and abused at will by people in power. This is nothing new in human history, which shows how far we haven't evolved or become aware from a state of ignorance. This is the way energy works, ignorance creates an abuse and destruction of energy where awareness creates quite the opposite. Make no mistake though; awareness can indeed be used in ignorance, where awareness can be used upon itself through deceit and manipulation. Look at how religion and science have and are being used, usually to serve the elite resulting in the endless abuse of religion and science, in fact the abuse of isms and ideologies period. I would myself, in this case, call a consciousness this abusive to energy period demonic or simply ignorant to itself.

Extract: Obsessions and possessions of the devil are placed in the rank[further explanation needed] of apparitions of the evil spirit among humans.[further explanation needed] It is obsession when the demon acts externally against the person whom it besets, and possession when it acts internally, agitates them, excites their ill humor, makes them utter blasphemy, speak tongues they allegedly have never learned, reveals allegedly unknown secrets to them, and apparently inspires them with obscure knowledge of philosophy or theology.[A 1]

Extract: To condescendingly think that we, as modern-day, rational people, are too sophisticated to believe in something as primitive as demons is to have fallen under the spell of the very evil spirits we are imagining are nonexistent. What the ancients call demons are a psychic phenomena which compel us to act out behaviors contrary to our best intentions. To quote Jung, “…the psychic conditions which breed demons are as actively at work as ever. The demons have not really disappeared but have merely taken on another form: they have become unconscious psychic forces.”

“Possession,” according to Jung is “a primordial psychic phenomenon” that “denotes a peculiar state of mind characterized by the fact that certain psychic contents, the so-called complexes, take over the control of the total personality in place of the ego, at least temporarily, to such a degree that the free will of the ego is suspended.”

Considering my own limited experiences in this area, where exceptionally abusive energy sources of conscious energy indeed exist. If anyone was to experience the full energy field of this kind of destructive energy source, your hair would instantly go white, what ever age you were.

Is this kind of source of energy this frightening? Not at all, in fact all I can do is smile. Like the multinationals, the only energy demonic entities can harness is through us, we are their energy, take that away, they have no control and power. I also laugh at any energy form that is so ignorant; for only through ignorance can such an energy form exist. Yes, this kind of demonic energy lives off of any form that is of awareness, unless that awareness is beyond their control and manipulation. This is why a true sense of love and light, unconditional love, faith in God/Jesus, etc, is often out of the reach of this kind of demonic or abusive energy.

However, what would a demonic energy source want you to do in relation to energy period? Stay ignorant to anything remotely negative or threatening to ourselves feeling good!! Any true positive person, unconditionally loving person, a person of love and light, etc, would face the negative face on without fear and not only desire to be of what these demonic energy sources have created. How many people in the world are now obsessed by what materialism has created for their pleasure? How pleasurable has spirituality now become to a lot of people today? Of course the only way to fulfil these pleasurable desires is to stay ignorant to anything remotely deemed negative. At all cost stay ignorant to the negatives in the world, through this a reality of love and light will be created!! Nothing that is abusive to energy through ignorance will manifest a non-abusive reality.

My advice in this case is to stay away from anything that influences you to become even more ignorant, for only in ignorance can a consciousness become abusive to energy. Make no mistake; this kind of demonic or abusive energy source is highly manipulative and deceptive. If something in this reality, controlled and manipulated demonic sources of energy, fulfils all your desires, please think again. Anything that makes you even more ignorant to the present circumstances is, in my mind, demonic or abusive to energy by nature, try to avoid this at all cost.

How do people like me cope in facing the so-called negatives face on? We simply stay connected to a truer state of awareness, this can either be through the perception of love and light, God, Jesus, certain kinds of science, quietness or stillness or what ever, as long as it is about being aware in the absence of fear and bias. As I have explained before, stillness, where the motions of desires and ego are absent, is of a pure aware state, of God if you like, for only through unawareness, a less Godly state, can motion exist.

Extract: Yet today, Gallagher has become something else: the go-to guy for a sprawling network of exorcists in the . He says demonic possession is real. He's seen the evidence: victims suddenly speaking perfect Latin; sacred objects flying off shelves; people displaying "hidden knowledge" or secrets about people that they could not have possibly have known.

Posted by Mathew Naismith at 11:35 No comments: