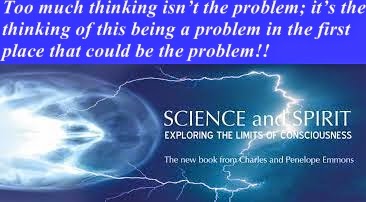 In this post I’m going to collate different aspects to try to give a bigger picture of what I feel is going on in relation to science and mind over matter.  To me it’s important that science at least tries to become aware of how mind over matter can and does occur at times.  I will collate a double slit experiment with the God particle and what the relation is with the double slit experiment and God’s consciousness.

It’s probably advisable to watch the below vid on a physics double slit experiment to get a better understanding of how the mind can affect matter before you go on. This experiment is significant in relation to God’s consciousness as I will further explain a little further on.

The double slit experiment shows us, scientifically, that it is possible for the mind to affect how matter reacts. Scientifically this is significant because this would mean all science experiments can be influenced indirectly by the mind without physical intervention.  This is because if a scientist wants or expects a certain outcome within a certain experiment, they will only get what they expect. This isn’t the only significance of this experiment.

In recent times science has created a God’s particle (Higgs boson), these are supposed to be the same sort particles that created this universe.  Science is also continually re-experimenting on mind over matter; the double slit experiment is a good example of this. These science experiments are inadvertently linked and have come about by no mistake at a time of a great conscious change.

You could say that the double slit experiment conducted by scientist are flawed by what they expected, mind over matter producing what is expected but these scientists didn’t expect such outcomes. This makes these science experiments more credible mainly because it’s not what they expected in the first place, the mind didn’t inadvertently influence the outcome.

To me these experiments are showing we are this God consciousness, we are creators in our own right. The further aware science and spirituality become, the closer we become to being aware of who we truly are.

The bellow links are for further reference on the God particle and the double slit experiment.  I should mention, the first article is from a religious site which I thought explained about the God particle in the most simplest terms.

http://noetic.org/discussions/open/601/
Posted by Mathew Naismith at 10:40 No comments: