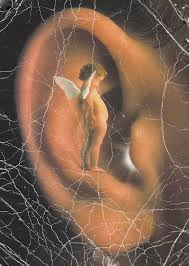 
This post isn't going to go down too well with a number of people, it's about conscious flat lining, meaning consciousness is flat lined (balanced ) until it has motion, it's this motion, or any motion, that disrupts this perfect balance.

The great whisperers of our time: What I mean by motion is action reaction, once we act or react, we cause motion which causes this conscious line to waver, the more motion we cause, the more this line wavers and becomes unbalanced and chaotic. Boy this sounds like this reality we have all created!! 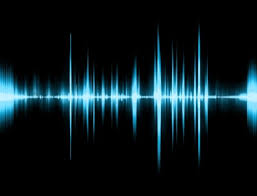 How do we avoid this? Simple, stop acting and reacting towards other consciousnesses that are in motion, this however doesn't mean we do nothing. Like I stated in a previous post, we are being shouted at only because we didn't listen to the whispers in the first place like from Jesus, Buddha, Confucius, Rumi etc . The point is, it's absolutely pointless shouting back, all this is going to do is cause this consciousness, this conscious flat line, to become more chaotic within it's vibrations.

At present, a lot of world peace and harmony Google communities have cropped up, is this in reaction to other consciousnesses that are in motion, and shouting, or is it do with whispering? I suppose in certain circumstances this is debatable but I think in all it's about the whispers as opposed to the shouts.

Whispering is still a motion but a motion that causes the conscious flat line to vibrate very little. Yes, this flat line is still vibrating, it's like a hum or an Om which creates balance and harmony within it's own vibration thus giving a flat line. 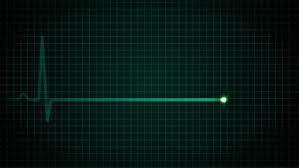 So what causes these shouts to occur, like with religious extremism or a fixation to materialism over and above all else for example? Religious extremism is shouting, fixations to materialism is shouting, anything that's disruptive or destroys other consciousnesses is shouting but what actually causes these to occur?  Motion (action reaction),  all this shouting is in reaction to another consciousness, it's as simple as that. Would these actions occur if there was no reaction? It's only through reacting can these actions occur which makes consciousness unbalanced from it's natural flat line state.

Now what if we first listened to the whispers from the great whisperers of out time, remembering they themselves caused very little motion within there own whisperings? The only excessive motion was brought about through emotions from other consciousness, other people in this case, who were into shouting.  Basically, I feel these great people tried to tell us to whisper instead of shouting. The Roman Empire was all about shouting, materialists and religious extremists are all about shouting, actually extremism period is all about shouting, we just didn't listen to the great whisperers of our time.

Spiritual unbalancing: Now a lot of us into spiritual awareness seem to be reacting to our present circumstances, is this too shouting?

I recently become involved in a one off discussion about our present circumstances in the world, many people believe we could and should react to these destructive circumstances by praying and mediating for the good of anyone going through these dilemmas.

The second thing to consider is rebuttal or a counter-action of other conscious energies that are also into shouting, remembering, each reaction is a conscious reaction which can reflect onto another consciousness. For example, our reaction to the people destroying our environment is to react by meditating on their behalf, to try to get them to stop destroying the environment. Will not this destructive conscious energy also react and counter-react with it's own energy, in other words shout back?

The best way to heal anything is to flat line it, not react to it!!

So does this mean we shouldn't pray and meditate for people going through hard times? Yes and no, if we are not reacting to a circumstance such a judging what is and isn't worthy and at the same time considering karma, by all means pray and meditate. If on the other hand we are just reacting to what we have judge as unworthy, all we are doing is shouting back at an unworthy.

Is a religious extremist cutting off heads unworthy? Most if not all people controlled by emotions would say yes but consider this, don't these extremists see this as worthy, who has the right to judge what is and isn't worthy here? This is what has caused the problems in the world to start with, in other words the shouting, judging what is and isn't worthy. Religious extremists cutting off heads is trying to tell us something, usually something we don't want to hear so we make up some other story. No consciousness shouts out for no reason, behind each shout there is a reason. It's the reason itself that makes cutting off heads worthy, not the act of cutting of heads.

Just maybe these people are fed up being pushed around and shouted at by Westerners all the times. Trying to control the worlds energy for example is shouting so religious extremists are only shouting back. You could say it's the materialistic consumerists who have caused this quite deplorable reaction to happen, this of course will be refuted which doesn't help the situation by stating, "there just religious extremists shouting back, that's all, their of course unworthy".

Flat lining; actually neutralises bad karma, it then becomes unnecessary to play out a karma, individually or collectively. Today's religious extremism is the Westerners bad karma but this too can be neutralised through learning to flat line consciousness, in other words balance out consciousness so it no longer reacts to and with itself.

Indeed we react way to much, there is an imbalance of motion and motionlessness within this reality, that's obvious. Meditating, praying, chanting and so forth, certainly helps with this but as long as we don't do this in reaction or retaliation. Give love and affection by all means but not in reaction or retaliation, all this will do is incite other more destructive consciousnesses to react even more in retaliation.

Yes, I know about the monkeys, when one monkey was digging up and washing sweet potatoes so then after did other monkeys on other islands and continents. This means when Jesus or Buddha whispered, everybody else should have followed up doing the same but they didn't. The reason they didn't is because of shouters reacting to the whispers by shouting back and not themselves learning to whisper, this of course takes wisdom. It's funny to think, monkeys are wiser that human beings obviously!!!!

Yes, it's difficult for humans not to react and cause even more motion, but we need to learn to do this  if we want a better more harmonious reality. Reacting or retaliating is only going to cause more motion when we need less motion, learn to whisper.

We really do need to learn to use consciousness in a wiser way.......
Posted by Mathew Naismith at 12:40 No comments: