Whole of Existence - A Singular Organism 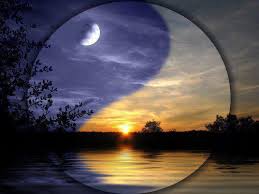 One simply creates the other, for example, bad creates good, negative creates positive, awareness creates unawareness, dark creates light and of course visa-versa. There was no perception that one was above another. That some almighty high level of consciousness resides as an ultimate state over all other states. What was obvious is that existence was of the ego and non-existence was egoless.

However, what's in observation of existence? What is the observer's state of consciousness to all other states of consciousness? As I was doing, I was in observation of existences as a whole. It was like observing a singular organism in motion with itself. It seemed to be important for me to perceive the whole existence as a singular organism, more importantly, an organism in motion with itself.

From an ego point of view, this observing state of consciousness is going to be desired to be the ultimate state over all other states. To do this, the ego has to put this state above all other states. The ego does this in different ways through the perception of God, light and love, some perceived ultimate state or however the ego desires to perceives this state to be. Don't get me wrong here, it's good that the ego does this; at least this gives the ego a perception of something more than an existence of ego. The organism in motion with itself is simply pure ego.

What is in observation of the entire ego existence, this singular organism in motion with itself, is a state void of the ego. This gives the perception, from an ego point of view, of a non-existence. As you could imagine from an egoless point of view, this is clearly not the case. Existence is of both ego and egoless states of existence. Just because one is of observation void of participation, void of the ego therefore motion, doesn't mean the observer doesn't exist!!

My ego wishes it could remember the dream that incited my experience here; it was not to be........

I decided to look up on related topics and came up with the following.

Posted by Mathew Naismith at 11:28 No comments: