Attachments Even After Death 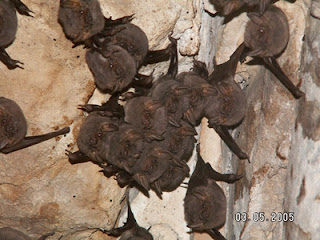 The followings post & reply of mine seems to be getting off the beaten track of attachments & the ego but it’s not because even after death we have attachments especially to our past recant life.

I {like many of us} practice chenneling and see spirits. I in fact have several spirits that I am in contact with that I refer to as "regulars" and sometimes "clients". One of them is a musician and poet from Florida, USA named Jim Morrison {yes! the Jim Morrison}. When he first showed up here I thought "ok I'm into classic rock and I'm am a Doors fan as well as a fan of other groups from the nineteen sixties to nineteen seventies and maybe he {Jim Morrison} knows that and that might be why he's here". I know that Jim Morrison was known to be kind of a rebel and had kind of a bad boy reputation {drug use, nudity onstage, explosive behavior etc}. But I'm not seeing that whatsoever. In fact Morrison has been a complete gentleman ever since he first showed up here. The unusual thing about Jim Morrison {and maybe it's not so unusual} is that I will sometimes see him break down and start crying. Tears just streaming down his face. Any ideas?

Oh yaa. This is what Jim Morrison looks like when I see him: 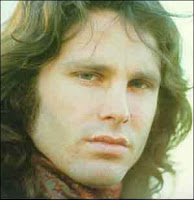 I would presume he has attachments to this reality still & his life he lead so well, he probably wants to live on in the life he had but he can't thus the tears.

When you supposedly die it is hard for a lot of us to let go & the more you enjoyed that life the harder it is going to be to leave it behind, I would bet he can see the light but he doesn't want to let go & nor should anyone force him to either.

However when someone dies very close to you they don't leave straight away & in actual fact can stay as long as you are living for them not for yourself which means the living are still attached to them which will force them to stay as well. Attachments go both ways however in this case it's him who doesn't want to let go I would presume but is it?

To be actually trapped against one's own will he wouldn't look the way he use to but something more distorted & at times with no form but a shadowy figure. This is caused through excessive anguish but it would seem he isn't doing this he's just missing he's life the way it was.

Suggest for him to move on to his next life which could be just as good if not better, tell him what he is missing out on & that it's OK to leave.
Love
Mathew

Free Will: Even after death we are still caught up on attachments unless you had no real attachments in that life of course for example I had two dogs that stayed on for some time after death & one of them needed coaching to move on even at the brink of going through the light as this dog in question looked back again to what it was attached too however my parents had a dog inhume they mistreated, the said dog didn’t stay long at all. My best man at our wedding was the same, he moved on quite quickly but he did give us a good by though.

So in all even after so called death we still have attachments in accordance to our physical lives so is this a bad thing remembering that any attachments are supposed to be negative & of the ego to some people?  In my mind all attachments are beautiful even after death as we still have free will even more so than in physical life, you have free will you have attachments.  So when are attachments a negative thing, destructive or disruptive? When they go against our own free will, so is this saying if I wanted to kill someone no one has the right to stop me because that is my own free will to do so?  No because you haven’t the right to go against the person will who you are going to kill in the first place, free will goes both ways & that is why we should learn to accept & live with each other’s free wills better for a more harmonious existence.
Posted by Mathew Naismith at 10:44 No comments: