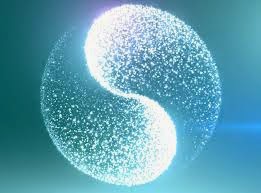 I had some insightful replies to my last post I feel I needed to share with you today, it’s just a little sad that most of the times I don’t receive a reply back to my replies.

By perceiving through the perception of time, illusions exist because we perceive time itself to be an illusion and why not, we are certainly ignorant to all we are in time because all we are isn’t this ignorance we live our lives by. The point I would like to make in this post is we can only perceive the existence of illusion in time not timeliness, a state we deem as our natural state, illusions just can’t exit in our natural state of timeliness as I will try to explain further.

Reply
Illusion doesn’t mean it isn't real. What it means is that it isn't permanent. ﻿

My Reply
It really depends on the perspective.

If we look at it the way you perceive it, yes everything that isn't permanent, eternal and infinite, is an illusion, however if we look at illusions being real or not, there are no true illusions just illusions of illusions.

For this reality not to be an illusion it can’t be of time but it is, so realties of time are an illusion even though they are real, this is questionable. This would mean parts of consciousness are an illusion which gives us once again duality which isn’t supposed to be real because it’s not permanent.

What we are doing by perceiving that everything that isn’t permanent is an illusion is separating consciousness into it’s dual forms giving us duality again. To me there is no such thing as true duality even though it seems that way in our ignorant states of consciousness of time.

The real illusion is thinking that time separates everything into duality; this is brought about by our ignorance. The only thing that can produce illusions is ignorance; you cannot produce or see illusions if one is truly aware and one can only be truly aware when they see everything of consciousness exists in some way, not if one is only of pure awareness or pure ignorance but being aware that everything of consciousness exists.

It’s funny to think time is giving us the perception of illusions but time is also supposed to be an illusion, on the other hand timelessness can’t be an illusion because everything has always existed in this timeless state, it’s always been permanent and in this state we can’t perceive illusions because everything is permanent. We really do need to stop thinking in time and start thinking in timelessness as well I believe. What I am saying is ignorance has always exited so is also permanent, so any state of ignorance can’t possibly be an illusion.

So in all yes your quite correct, anything that isn’t permanent is an illusion but nothing of consciousness is actually temporary, not really!!

The following is another reply I received from another person concerning the same post.

Reply
We are real and the world is real, but the bodily identification of self is an illusion.

There are no higher and lower selves, only a real self that is extremely subtle and therefore subject to mistaken identification.

My Reply
Indeed, it's how we identify with anything of time that defines an illusion. We look at the body as being created then it dies, it no longer exists so it’s not permanent therefor it's an illusion.

What we don't do is look at the human body as transforming from one energy source to another, no matter what the energy used to create the body and mind, this energy only changes, it never truly dies.

I agree, there is no true higher self, only to an ignorant consciousness can there be a higher self however to identify with this real self, we need to at times refer to this as a higher self. In a sense it is a higher self because it’s more aware than our ignorant self.

We just perceive in time and when we do this, we only see or perceive energy forms and sources that have a starting and ending point when such energy is infinite within it’s existence. We still only perceive in time which give us illusions.

So in all illusions do indeed exist and yes if we think this human state is all we are that is indeed an illusion but only while we are perceiving in time.  When we perceive through timelessness illusions just don’t exist, they can’t, this is due to being aware that everything of consciousness does indeed exist in some way.

Indeed we are not all we perceive in time, while we are only perceiving in time, this makes time an illusion, what I am saying in timelessness this isn’t the case because everything exists from an eternal/permanent energy source therefore nothing can be a true illusion in this timeless state.
Posted by Mathew Naismith at 08:17 2 comments: 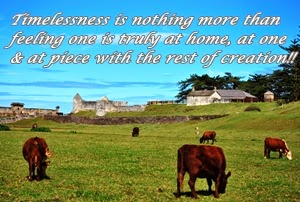 This post is probably going to be controversial for some people depending on what our beliefs are and how emotionally attached we are to this reality and our ideological principles.  I view that nothing in realities like this one is eternal; it’s transitory as nothing ever stays the same including the species we call human.

Energy Sources: First of all I would like to start off with something quite controversial, high conscious entities needing to be of lower vibrations to exist in realities of low vibrations like this one.  How would such a high vibrational entity exist within such a low vibrational existence?  A high vibrational entity or energy source couldn’t exist in such a state unless it became physically and mentally of a lower vibrative energy source. I feel the higher an entity is the lower the form this higher entity needs to take on to even remotely exist within a reality like this one. This means a higher energy source/entity needs to either choose a life of misery or opulence, an egotistical life. Does this mean everybody else who isn’t living in misery or of opulence isn’t of a higher vibratory energy source? Not exactly!!

What has happened is a lot of the people who are between living in misery and opulence have either learnt to exist in a low vibratory existence, without needing to exist in a low vibratory form, or are not aware of a higher vibrational existence, in other words they have never, at the soul level, existed as a higher vibration than what they are now.  It takes a lot of energy for a high vibratory energy source to exist in a low vibrational existence, as this reality, which manifests itself as physical and mental misery or opulence.  What I am saying is, because these higher energy forms exist in low vibrational realities, they have created misery and opulence within realities like this one, they have made this reality what it is today, chaotic and destructive.  You might ask how could a higher more loving entity/energy source create such a thing and the answer is ignorance, the lower the vibrations are within a reality the more in ignorance we are in to exist in such a reality, a high vibrational entity needs ignorance to exist in such realities as this one.  Low vibrations are indicative of ignorance.

Ask yourself this, could a high energy source as God exist as an individual in realities like this one without being in a lower vibrational form?  The answer to me is of course no.  I did say it was going to be controversial!!

Consciousness: We exist in a transitory ever changing reality/existence, humans haven’t always been humans as is the same with the planet we are on, it’s always changing, nothing in realities like this one are permanent/eternal.   This is because everything that exists is made up of vibrational frequencies; nothing can exist unless it’s vibrating.  No vibration is eternal within this kind of reality for the main reason realties like this one are made up of fragmented consciousness, once you fragment consciousness you create a consciousness that will always change like the human species for example. The human species has evolved from completely different forms as it changed within it’s environment and the more it become aware of it’s environment the more the human species changed.

Science:  This is the problem in being fixated on a particular ideological principle such as science or the various religions; a problem exists because we think our ideological principles are eternal when we live within an obvious transitory reality created by fragmented consciousness.  This is a strange existence, how could we think that anything within a fragmented conscious reality is going to be eternal?  Science might say that this is a molecule, once a molecule always a molecule; you can’t change this law like the law of relativity. Once anything becomes law or of doctrines we have determined that these things are of eternity when we exist within a transitory reality created by fragmented consciousness, this makes no sense to me!!

Does this mean a molecule doesn’t exist or the law of relativity isn’t viable or that religious doctrines are nonsense?  No, just because consciousness was fragmented, which in turn created various and numerous vibrational frequencies, doesn’t mean these things don’t exist or are not viable, it just means they are not eternal.  Science, as the same as religion, believes their ideological principles are eternal, they are either law or of doctrines/rules that can’t change, this of course happens when people live too much in ignorance and the more fixated we become to a particular ideology the more in ignorance we become.  This of course in turn creates more chaos and destruction as ignorance is of lower vibrations.  In a higher vibrational existence, it is impossible to create chaos and destruction because of the awareness as opposed to ignorance, anything of awareness/wisdom cannot create chaos or destruction as the same of a higher source of energy as God can’t individually exist in a lower form of being.

You would think I love being controversial but I don’t, I’m really only writing what comes to me, how much I write about is viable is up to the individual!!
Posted by Mathew Naismith at 09:58 No comments: