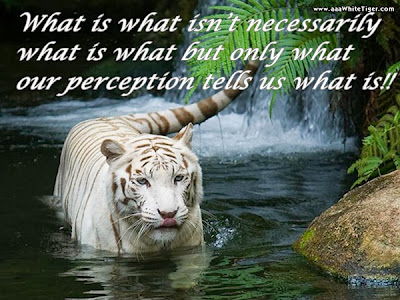 It’s been interesting conversing and exchanging thoughts with Eastern minded people recently, it has confirmed and elaborated on what’s going on, for me, in regards to Western style spirituality. The Western   ideological perception of spirituality isn’t quite kosher by the sounds of it. It is being looked at as being in line with consumerist materialism which is based on self-serving, how could unconditional loving egoless spiritually aware people be self-serving?  Before I go on I should also say that I was also caught within this trap for a while in my life, it’s quite a common occurrence by the looks of it in the West.

Let’s first take a look at what we demonise, everything that doesn’t serve us in finding utopia or give us feelings of utopia at the personal level like the ego for example, what is different from the dark ages when we demonize what doesn’t serve us in our own quest  and negates our ideological principles to now. Let’s take a look at the contradictions of new age spirituality which is the driving force behind our demonization. We judge judgement and the ego period as being what, so how can we judge judgment as being wrong in some way if we are non-judgmental in the first place?  A contradiction in terms!!

Recently I also had the misfortune or fortunate, depending in how you look at it, to come across a few self-confessed unconditional loving virtually egoless people, they, by just reading their cover, seem genuine within their perception of themselves until one has the audacity to refute or threaten in some way their ideological perception of themselves in anyway.  All one has to do, at times, is look at this reality in a positive way like with the ego for example, how could the ego be a positive trait in anyway?  What usually happens is the claws come out or your ostracised in some manner or your bagged and not usually to your face or at times all the above.  Is this a true sign of spiritual awareness?

The person will start to accept who they are and let go of any hurt, anger and negative feelings that they had towards their life and people and they will gradually go through a healing process of their heart, soul and mind. The person will suddenly start seeing the world in a different way and their previous views and opinions may change drastically. A spiritual awakening can be very life changing for a person especially if that person was not spiritual to begin with.

Interesting isn’t it that we in the west are firstly unaccepting to who we are and refute any claims to being any part of what we detest in others as we become more aware. We must remember here, if we detest a certain human trait like the ego for example, we are in fact detesting this in others. No wonder we bury our heads in the sand in the west, any sign of what we detest in ourselves and others goes against our ideological perceptions of what spirituality is about.  Spirituality is about acceptance and then changing what’s not serving us from within without demonizing anything however all what we are accepting in the west is everything that serves our desire to feel good, anything form this is usually demonised in some way.

The Witch Hunt: So what am I referring to a new age spiritual witch hunt here? For one I don’t see much of a difference from our reactions today  to the dark ages accept were not allowed to actually burn people at the stake who don’t conform to our own set ideological perceptions of spirituality these days however we do ostracize and bag people who seem to be a threat to our ideological perceptions in the West.  The witch hunt of course is deeming anything that doesn’t conform to our ideological perception in what spirituality is about when true spirituality isn’t about bagging anything especially the ego. True spirituality isn’t about judgement period so how come we are being told to straight up judge judgment and the entire ego as being bad period in the west in some way? In the East the ego is accepted being a part of us straight up and is changed from within by becoming aware of its controlling nature, that’s all, it’s not demonised and shunned within ourselves and others.

We need to, in the west in particular, stop the witch hunt and blaming for in this only chaos will reign which of course is what has happened since the dawn of man to one extent of another around the world. We need to be more positive and accepting of what we have at the moment but for some reason that seems to be impossible for a westerner to do even in the new age spiritual scene so they demonise what doesn’t serve them personally.  This continuing demonization affects us all!!
Posted by Mathew Naismith at 13:51 No comments: