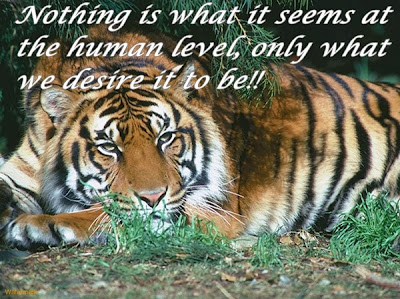 I should advise here that anyone who is knew to spiritual awareness shouldn’t read this post as it could confuse you even more which of course is not what I want to do here also anyone fixated on a set ideology might find the following quite annoying so I will leave it up to your own discretion/intuition to read on or not.

The reason I wrote this post up is recently I’ve been in certain states of consciousness that has allowed me to see the totality of all of what this reality is experiencing, no one  trait like the ego stood out, it’s as if all was one, no separation of supposed opposing traits where noticeable. I should express here that I’m only referring to this reality not consciousness as a whole here.   This is also of course going on from my last post titled A Faultless Reality.

An important question to ask her is, how am I experiencing such things?  Acceptance of all of what is & expressing very few attachments let’s say love over hate for example or ego over egoless.  Attachments believe it or not no matter what they are will give us judgement because we will see anything else opposing our attachment as a threat, so is this saying we shouldn’t focus on love for instance over hate?  No not at all because love is healing & we definitely need plenty of that at the moment to heal centuries of abuse & ignorance however what we need to do is be aware of our attachments to love in this case.  Look at what attachments to hate has given us, don’t think for one moment attachments to love couldn’t do the same to one degree or another. Having no set attachments to one or the other has given me insights to all of what is of this reality which indicates to me that all of what is is all of what consciousness is & has obviously always been because again it’s eternal & isn’t influenced/dictated to by time. This is saying nothing accept realities influenced by time has a starting or end pint of origin, it has always existed but not in physical form. Time gives us form however pure consciousness isn’t of time therefore form, everything has always existed in pure conscious form not in physical form.  This is saying that our form has always existed but only as pure consciousness, time gave parts of consciousness physical existence.