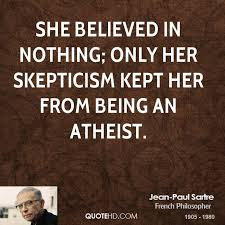 What this poem of mine refers to, is that truth and honesty are unable to be recognised thus often misunderstood in a philosophy of lies and deceit. Often quite deceptively to protect and harvest what comes from philosophies of lies.

I wrote the following to the questioning, is courage needed to express intellectual honesty? I was interacting on a philosophy forum and received hostility against proven truths and honesty, to me, the reason this occurred was obvious.

_________________
Thinking about this more; the courage to see the lies and deception within ones own philosophies, is courageous no matter what the ism or ideology one follows.

The answer seems to be when of and the protection of known lies and deceit. Any truth, especially proven truths to be true and of fact, will always be disdainful to any philosophies based on lies and deceit. Example: An OP can be noticeably deceptive within its intent but still be supported!!

Are facts and figures disdainful to the people of philosophies based on truth and honesty? Unlikely to any great extent.

I have noticed the more facts and figures you support the truths you speak of, the more hostile some people get. Also notice that not all the people become hostile, why? They simply don't live by philosophies based on lies and deceit. It is very possible they may not know this themselves, actually, most often this is the case it would seem.

There is a lot of courage needed to tell the truth in ways other people don't want to hear them. If your philosophies are based on truth and honesty, you will always get a hostile rebuttal from the opposing camp.

Never chase truth and honesty within anything, for truth will come without effort once the philosophies of lies and deceit are put to rest.....MG Naismith

I chased truth and honesty in philosophy, there was little obvious truth and self-honesty to be found but in a few. Most people of the philosophies of truth and honesty will stay hidden, for they know what would occur otherwise. The reason I chased the truth in this manner, was to observe and become aware of the truth within the truth that philosophical lies and deceit exist within every corner of man, no matter of the isms or ideology followed.

A bit of self-honesty and truth goes a long way, to freeing ourselves from the bondages and limitations of the philosophies of lies and deceit.......MG Naismith

Posted by Mathew Naismith at 09:28 No comments:

Being Your True Being 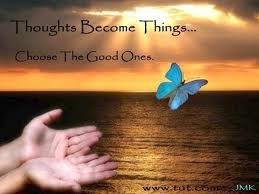 I wrote the following to try to help other people understand why they feel so miserable at times. We seem to have become aware that the present environment isn't who we are, in actuality, our present environment reflects anything other than who we truly are. The reason for this lies in what created this reality in the first place, lies, deception and manipulation/backstabbing.

We cannot truly be what lies have created in the first place, of course lies create deception and manipulation, basically, a true depiction of an illusion. We of course can't be an illusion but many of us today are very much apart of this illusion, otherwise the world would be a very different place to what it is today. Many of us have become aware of this illusion and beckon to become expressive of our truer being again.

For starters, we have been made to believe that time and space is all we are, it's a part of who we are but it's not all of what we are, in actuality, time and space is but a tiny portion of our whole being. Within the limitations of time and space, we have created lies upon lies upon lies. It's like a snowball rolling down a snowy hill, it accumulates more of what has initially created it. The further the snowball goes on, the larger the snowball becomes. Our present reality was created from lies, this has accumulated even more of the same as it's allowed to continue. The lies, deception and manipulation isn't lessening, it's growing, however, once you become an observer instead of a participator of the snowball effect, it becomes apparent to the observer it's not of the snowball, it's but an observer of the snowball.

Once you start to become the observer rather than a participator, you become more aware of your truer being, this is quite a natural phenomena to occur when a participant  becomes an observer. Some people are having a hard time of this only because they are between being an observer and a participator, no transition period is easy to circumnavigate when in this transition period. It's like circumnavigating the globe void of instrumentation or mapping of any kind, it would be daunting to say the least to do this.

When you have no mapping or instrumentation to guide you from a participator to an observer, basically meaning no sound and true guidance, it's obvious that such a voyage will we harrowing at times. Try to remember that there is a huge difference between a participator and an observer. A participator is usually apart of the lies and deception, where's the observer is no longer of this kind of reality being that the observer is our truer being, not the participator.

I hope the following puts a better perspective on this.

The reason lies within my unacceptance

An unacceptance of deceit, lies and backstabbing

Life is too short and precious I feel

For this, I have become a grumpy old man to others

And so be it

Better this than the alternative

An alternative too accepted by too many in my mind

I am not this kind of environment

I am something quite different

A difference that is known to some to be grumpy

I will never go back this kind of environment

Life is too precious to do so

My own true being is precious

More precious than this kind of environment is by far

Indeed, our environment dictates who we are

We are our environment

But our environment isn't necessarily who we are

Wisdom learnt through life teaches us this

Once you become grumpy towards this kind of environment

You then realise you are indeed apart of a different environment

An environment a lot more constructive towards being your true being

An environment of deceit, lies and backstabbing isn't who anyone is

This isn't our truer being

This however only becomes apparent when you extricate yourself

An environment conductive to being your true being