The Inner Immortal Self 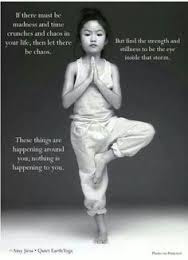 The inner observer: “Never fear expressing any traits of the ego, for within this action, it’s the ego that’s in control”…….Avoiding expressing the ego only gives what the ego desires, control. Yes, the ego will always deny being fearful of when in avoidance of itself, this is a sign that the ego has you totally within it’s control. Observe yourself being expressive of ego traits, most often within this you will just smile at your reactions without fearing being expressive of the ego.

We exist in a universe that is very expressive of it’s motions (the ego), suns are a very good example of this. When there cycle is nearing, they will expand and express themselves even more before their cycle ends. As of many expressions of motion (ego), the sun gives physical life and light to a very dark environment, in the  end, it will take all this away. If these suns could become aware of their own actions, they would themselves smile at such expressions void of the ego telling them they are just being destructive therefore egotistical.

Man lives according to these same cycles as these suns, learn to become the observer and smile at your own expressions instead of allowing the ego to control you even more through fear.

I know I have been going on about being the observer lately, but in a recent comment, being the observer came up again. It was to do with a lass who was suffering from migraine headaches, all she could do while explaining her dilemma was laugh. The main discussion  was on ascension symptoms, one of the symptoms being headaches.

The following responses I gave this person helped her as I hope they will help someone else in a simular situation. It was also pointed out that these headaches are only from physical sources and not from ascension symptoms, it’s possible but unlikely in this case as I will explain.

"Writing this made me laugh inside", this isn't a typical follow up response you get from these symptoms coming from physical means. I feel that head pains refer to your psyche having trouble in accepting the ascension (conscious change). As the Mayans pointed out, this is one of the biggest conscious changes in human history, including the antediluvian period. Our mind, and even our soul, are conditioned to mortal existences, now after thousands of years of conditioning to mortal existences, we ask ourselves to accept immortal expressions and existences.

I got the feeling this isn't the case with you Kaz but I could be wrong. The inner self will come through at times as a smile or even laughter. It's an awareness thing, your inner self is very aware and will smile at human interactions and reactions, in this case I think it's smiling at you in knowing that conscious changes can give us head pains at times. Trust me, your inner self has gone through this before in past lives, most people's souls have.

Kaz, the inner self is immortal and it's coming forth more and more in more people these days, this is certainly apart of the conscious change. I'm happy you are so aware, it makes light of life. 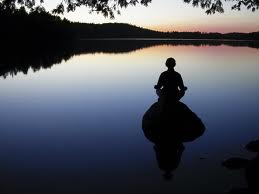 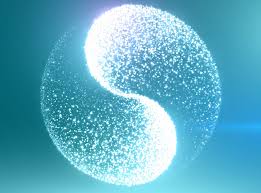 Balance: Yes, we could all just be expressive of our immortal self, this would rid us of all this ego, it’s not the ego that is the  problem here though, it’s how we react to the ego that causes our dilemmas. We exist in a reality of a highly expressive motions, it’s a reality of expressive the egos, it’s up to us if we allow this reality to sway us to only express our mortal self or not.

Balance isn't about control and it's certainly not about judging what is or isn't worthy of expressing, it's about acceptance of what is through a balanced perception. The immortal inner self is obviously of this balance otherwise we wouldn't be experiencing all of what consciousness is. We become destructive only through an imbalance, souls sadly enough have become too accustom to mortal existences, thus at the soul level, we have lost balance. Just maybe this is why so many people are aware of the soul and past lives these days, the spirit is showing us how to exist in a balanced reality again.
Posted by Mathew Naismith at 08:38 No comments: