To Evolve Beyond Human Consciousness 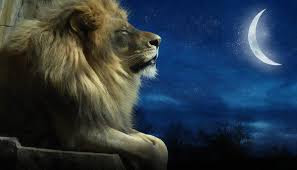 I should point out that human consciousness isn't physical, it's very much of a non-physical entity, in other words it doesn't die when the physical self dies.

Evolving Consciousness: Did the human collective consciousness truly comprehend what people like Jesus and Buddha tried to portray? Obviously not, if it did, we wouldn't be where we are today, playing out the same old scenarios over and over again.

Humans evolved from micro-organisms, it is quite comprehensible, to me, that humans are not the end of the chain of evolution, evolution doesn't stop at being human, it will go on but only if we are willing to evolve. Of course it's possible that not all human will evolve, there  still micro-organisms and apes around, not all of a species will evolve, however, it's unlikely that humans, while cohabiting with a more consciously aware being, won't evolve. Basically, human consciousness will die out either by it's own hands or evolve while cohabiting with more aware conscious entities. However, any human consciousness that doesn't naturally evolve or cohabitate with more aware entities, will consciously stay human. This is neither right nor wrong, it just is, is it wrong for a micro-organism to stay as a micro-organism?

Note: If you are not into souls, the following isn't going to be for you.

Why are so many people who are aware, are disheartened and uneasy about what is occurring in the world and other people are not? I find it quite interesting that we have a huge variety of souls within this one reality, it's not a real coexistence however, there is no real cohabiting between these quite different souls, this is primarily due to outside influence from other conscious entities. The more of the five sense we are of, the more susceptible we will be to malignant consciousness's, it's quite inevitable. It was inevitable that this kind of reality was going to be controlled by malignant consciousness's if we didn't listen to far more aware consciousness's, the game isn't over though for any consciousness not fooled into being just of the five senses.

Basically, the five senses are of the finite where's a comprehension beyond these five sense is of the infinite. Anything of the awareness of the infinite self, will prevail, anything not, will stay as a malignant consciousness's, a consciousness that is forever fixed to a never ending cycle of doom and gloom over and over again. Not all of us are meant to evolve from being of human consciousness, this is their path as we have ours.

In all, have faith within your infinite self......
Posted by Mathew Naismith at 10:05 2 comments: 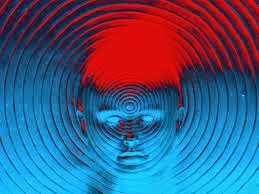 I’ve written about vibrations on numerous occasions in the past, my first blog was primarily about vibrations and how everything in existence vibrates.  This is important to know especially in relation to healing, not just in relation to healing the human body and mind, but the healing of ourselves as a collective.  We are however becoming once again aware of how vibrations can heal mainly through science studies and from people who have gone through actual experiences of healing through vibrations.

Now to a sceptic this is all hoogly-boogly stuff, how can an invisible energy source heal an energy source of physical matter and at times without any physical contact?  It’s very simple, everything in existence vibrates so will obviously be receptive to other vibrations.  Let’s look at cancer, how does cancer come into existence where there was no cancer? This of course happens when we come into contact with other energy sources that our already existing dormant cancer cells react too but how does this reaction cause cancer?

The same mentality creates wars, we need physical contact to change the way certain people are so we do this through war, war is all about changing other people’s vibrations in one way or another. This is like one element affecting another elements vibrational signature to create a cancer.  What if we perceived that to change any other vibrational signature we didn’t need physical contact, we of course certainly wouldn’t have the chaos we have today.  It would seem physical contact can indeed create chaos (cancer) where it wasn’t before.

Now let’s look at what a lot of spiritually aware people are trying to do, they are trying to change their own vibrational signature to something far more constructive, most of this is done without physical contact.  At the moment most spiritually aware people are using physical means to express such constructive vibrations to each other, this of course can at times cause chaos, this is to be expected.  I do eventually believe we won’t need any physical means to express such healing vibrations in the future. I believe this will come about by us changing our perception to, to heal we must do this physically to healing totally without physical contact.  This of course does away with chaos which produces even more toxic elements. By perceiving from physical healing to the non-physical healing we will indeed cut out the effects of chaos (cancer) upon us, this in turn will allow us to stay healed personally and collectively.

Extract: When Barbara Ann Brennan first began to take seriously the energy fields she saw around the human body, she was employed by NASA as an astrophysicist. Since leaving to pursue her vision, Brennan has almost singlehandedly brought energy healing into the realm of rigorous science. That her focus is also deeply spiritual attests to the growing knowledge in our world that the two -- science and spirituality -- can no longer productively be separated.

The following interview was conducted by Roger Windsor, editor of Spectrum magazine, and originally appeared in that publication. The Spirit of Ma'at is reprinting it here by permission of Spectrum and Dr. Brennan.

Extract: No matter how many high-tech cures modern medicine brings us, alternative evangelists will always argue loudly that the true secrets of well-being lie in esoteric notions such as ‘healing frequencies’, magnets and astrological alignments.
The latest example of this is a book by Matthew Silverstone, a successful London businessman. He became fascinated by alternative medicine after seeing his 19-year-old son recover from a bout of chronic fatigue syndrome so severe that he did not even have the energy to talk to people.
Despite being a tough-minded businessman, Silverstone believes the cure was brought about by an alternative healer who recommended therapies such as feeling the energy given off by trees.

Extract: Experiments with Sound Have Led to Some Startling Revelations
An interesting thing happens when recordings of people speaking are speeded up and slowed down. If these recordings are doubled in speed three times (raising the pitch by three octaves), human speech patterns sound remarkably like birds chirping, When raised in speed by eight octaves, these recordings sound just like crickets chirping. Slowed down from normal speed by three octaves they sound like dolphins and at eight octaves slowed down, sound like the ebb and flow of the ocean.
It is interesting that recordings from the human voice should sound like nature sounds. What happens if we take cricket sounds and slow them down? They sound like birds chirping. Bird sounds slowed down sound like dolphins, and dolphin sounds slowed down sound like people singing.
The famous Psychiatrist, Carl Jung, would have been pleased - this seems to fall directly in line with his theory of the "collective unconscious." A level of the unconscious mind deeper than our personal unconscious shared by us all, populated with universal archetypal images ("primordially recognizable" images, just as these sounds seem to be "primordially recognizable" sounds). The collective unconscious in this sense would be access to my larger body/mind, the planetary level of my collective unconscious, which knows how to "grow" a planetary ecosystem of which my personal body is just a part. It is almost as if the whole universe is one organic being with many parts all designed from variations of the same blueprint.

Now is any of this going to be accepted from people who financially gain from physical healing? The medical industry is one of the biggest industries in the world, these people are not going to give this up lightly so will do anything to deny such claims of non-physical vibrational healing.  Pull the dummy out of a child’s mouth and see what happens quite instantaneously, taking away any fixated attachment like a dummy or monies away from these people is going to cause these people to react; they will do anything to disclaim such healing process to the bitter end which again is to be expected.  The same goes for anyone fixated to,” for it to work and exist it has to be of the physical otherwise it can’t possibly be plausible”, they will do anything to deny such claims no matter how many scientists and science studies prove, non-physical vibrational healing does indeed work  to at least some extent.

It’s really up to use in how we perceive, if we perceive we can only heal through physical means, that is exactly what we will only be able to do but if we perceive healing through non-physical means, we will of course see that through healing through physical means actually causes the chaos (cancer) we are trying to heal ourselves of.  Within this process all we are doing is feeding the ego and our appetite for physical wealth.  In my mind to rid ourselves of this cancer called chaos, all we need to do is perceive in a totally different way, a non-physical way, the way we truly are.
Posted by Mathew Naismith at 11:22 No comments: