Spiritually what is Life? 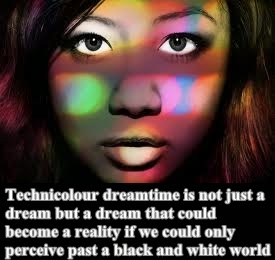 According to the following death certainly doesn’t exist, death exists for us because we are brought up to believe in death, the body and mind dies and rots away to nothing, this is death to us, the problem with this is we only have a transition of energy, you can’t destroy energy, however, energy can go through transitional stages that seem like the demise of our whole being.

Extract:  After the death of his old friend, Albert Einstein said “Now Besso has departed from this strange world a little ahead of me. That means nothing. People like us … know that the distinction between past, present and future is only a stubbornly persistent illusion.”

Extract: Many of us fear death. We believe in death because we have been told we will die. We associate ourselves with the body, and we know that bodies die. But a new scientific theory suggests that death is not the terminal event we think.

So there is no such thing as death, does this then negate the possibility of life actually existing? Only in a sense.

What is life, what gives life its existence? In a human sense the existence of death gives life its existence, could there be a life existence without death, how would we know life exists without death, an opposite?  Without an opposite we wouldn’t know if we were living or not. Take yin and yang (male female), would yang know the existence of yin if we were all yang?  The yang cannot exist without the yin so if death doesn’t exist how can life?

So does this mean life doesn’t exist?  In a human sense yes but not in a spiritual sense, anything that is creative and transforming you could define as giving life its existence, you could also say this also gives death it’s existence but that’s not true.  In a human sense you have life, therefore, what we have defined as life is to do with death, our demise gives us a sense of what life is, however, we are now finding out that death doesn’t actually exist. This doesn’t and shouldn’t negate the existence of life for the main reason; anything creative and transforming is a definition life.  What we really need to do now is think quite differently than we did before, yang can exist without yin and visa-versa.

Why is there a yin and yang, why do they seemingly exist?

Realities like this one are all about life and more life as they give consciousness an awareness of all it is, it’s of duality and non-duality, time and timelessness all in the same moment. Only being in duality OR non-duality can death exist as only being aware of yin OR yang can death exist. Thinking only in duality gives us death as only thinking in non-duality gives us death but, thinking in both gives us interactions and transformations, a creation of life itself. You could say non-duality is more about death than anything; it’s totally of non-transforming and creating brought about by no interactions, therefore, there are no transformations and creations, you have nothingness, in other words death.

Extract: Think about the quantum physics [1]. Quantum physics has proven by physical tests that a higher field of consciousness (information field) in the universe exists (Alain Aspect [2], Amit Goswami [3]). The ruling string theory [4] assumes that it has our material universe there are many other dimensions of energy. The former head of the Max Planck Institute for Physics in Munich, Professor Hans-Peter Dürr believes that the brain by thinking a field of consciousness (quantum field) forms that can exist after the death of the body in the higher dimension further [5]
Posted by Mathew Naismith at 10:40 No comments: