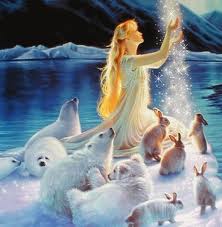 This is what occurs at times when we go into certain conscious states, we can receive messages that sound like utter dribble, I AMINI NOOK-NOOK at first glance seemed just like this, actually, it made no sense to me at all at first, however, I found that I AMINI NOOK-NOOK, with it's illustration, explains our whole existence in totality in a very clever simple way.

I AMINI NOOK-NOOK; is actually a very simple way to explain about our whole existence, this at first was not apparent to me, it sounded like utter dribble, this is until I started breaking down this English interpretation of these words. When I do this, you will hopefully see  how cleverly simple I AMINI NOOK-NOOK really is.

I AMINI refers to human or any consciousness conscious of their own and other consciousness, this is defined as I-AM-IN-I, meaning, I AM IN EGO which also means I AM IN MOTION. The (I) used in front of the AMINI enhances the expression of ego to the extent of egotism.

All motion is of ego, as soon as a consciousness expresses itself, it becomes of the ego. Egotism on the other hand actually comes from using motion, this ego, to the extreme. Egotism is highly expressive of motions, this is quite different to only expressing the ego like a tree for example. The I used in front of the AMINI to explain human behaviour is quite appropriate it would seem, we are supposed to be expressive of this (I) because we are of this (I) but we are supposed to also be of the NOOK-NOOK.

NOOK-NOOK; sounds utterly stupid until we look at the English definition of NOOK;  A sheltered and secluded place. Nook also refers to a small secluded place.

Let's look at another example, the universe itself, how small of particles did this huge ever expanding universe come from? These particles that created the universe were minute in comparison to the universe it created, this is very much like a tree and consciousness itself.

I have the understanding that the word NOOK is mentioned twice to emphasise it's existence otherwise it's so easily over looked.

Now the spiral seems to represent consciousness in infinite motion, it's this spiral that creates what it does, what it creates  of course depends on how this consciousness is expressed. This reality we are presently experiencing is a good example of this.

Wisdom on the other hand tells us otherwise, it's actually the expressions of ego and motion that are insignificant compared to this tiny little consciousness we often call God or God's consciousness.
Posted by Mathew Naismith at 10:16 No comments: